Posted on December 16, 2015 by marklosingtoday

Those dudes over at silber media certainly no how to dish up the treats, not  content with releasing the latest Yellow6 sonic 6mas card, the blighters have once again marked their seasonal salutations with the release of a plethora of EP’s all of which we’ll do our damnedest to feature, either later today or over the course of the next day or two. For now though, plucked from the festive hat, we’ve had cause to be rather smitten with a cut from Exercitus Dei entitled ‘Christus Vincit’ which by rights should have you fixed to spot and somewhat forgetting of the cheap commercialism of the season for a second or, as the case may be, 16 minutes by which time you’ll find yourselves bathed in celestial lights and awed by the majesty of its passing. Of course as ever the press gubbins plays down matters a tad commenting thus ‘an extended meditation on the glory of Christ’ which I must admit on first reading had us slightly worrying that we were in for an extended spot of ‘thought for the day’ styled yuletide prose. Still, if your musical bag is slightly more robust and draped in regimental fineries then this may well furiously tick the boxes sounding as it does like the celestial cavalry fast approaching over the hill replete with the soft mesmeric after burns and radiant glow of ethereal chorals of angelic sighs. https://silbermedia.bandcamp.com/album/christus-vincit 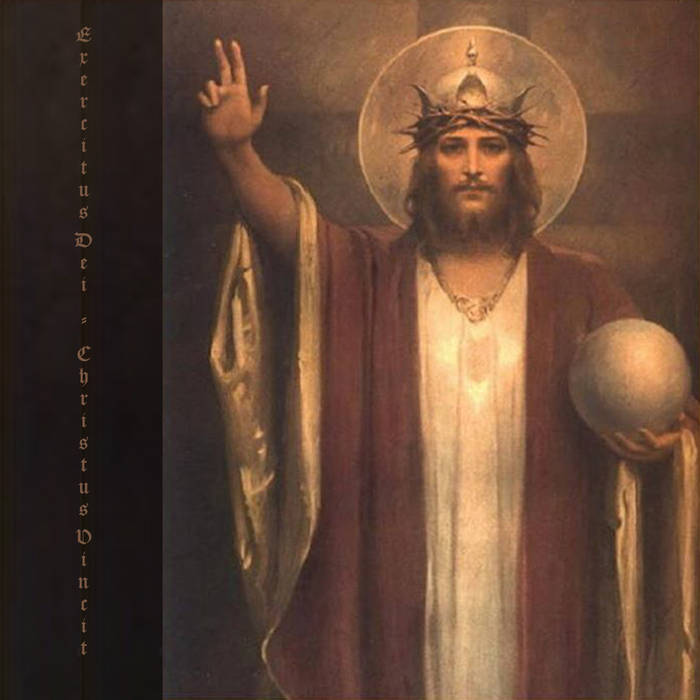