And so to that ‘a warmer welcome’ collection put out by the recently upgraded with a fit for purpose digital makeover digital dizzy imprint of Bristol, now we would love to have the time to sit with this a do a more detailed appreciation, but factors such as time constraints not withstanding that it stretches to some 110 tracks make it something of an impossible quest to which we may have to come back on impromptu occasion to sample in small bite sized segments. Of course already briefly mentioned in passing courtesy of April Larson – see above somewhere – this bulging gathering features one or two personnel who’ve featured in these pages previously along with a hulking roll call of those who thus far haven’t – like for instance the excellently named devotionalhallucinatic whose ‘capsized’ is an ominously eerie blighter that frequents the outposts of Astral Social Club’s distant sound universe and seems happy to glower in hypno grooved states much like a pulsing UFO from Gerry Anderson’s classic ITC series of the same name. somewhere else Patrik Glassel’s ‘the bluminant ballroom’ kookily coils itself in oddly obscurest toy box stutters which aside sounding not unlike some fragmented and frazzled late night studio concoction dreamt up by an impish Delia Derbyshire, strangely shuffles, shrieks and stumbles to a loose sore thumb chamber coda that wouldn’t look to out of place on a Mixing It playlist schedule. As said a few old friends are tucked among the grooves most notably Whizz Kid whose ‘charly stories’ may well be, if I’m rightly thinking, a previously unheard cut, a delightfully teased toy room treat featuring all the trademark snoozes, sighs and squelches though here graced with a gorgeously lilting shy eyed pastoral vintage which slipstreams touchingly into early 70’s TV themology with subtle nods to l’augmentation and isan. Somewhere else, a bit of a blast from the past with the appearance of band of holy joy on our sound player, here with ‘ministers say it could take two years to destroy isis’ – is this really the same dudes from the late 80’s we wonder, anyhow another of those sonic sore thumbs given this comes etched in the kind of isolationist subtronic drone dub that was once briefly frequented with by the likes of the revolutionary corps of teenage Jesus and mount Vernon arts lab with maybe a touch of early career Clock DVA thrown in for good measure. Rifling quickly through the compilation roll call we stumble across Assembled Minds, now we must say here that we owe a HUGE apology to Matt Saunders – for it is he who is Assembled Minds – for somewhere along the line we’ve absent mindedly thus far omitted to feature the critically acclaimed ‘creaking haze and other rave ghosts’ full length despite it getting a serious hammering on our hi-fi since arriving here well before Christmas last year. We are assuming that ‘street field’ – featured here – is a new cut, maintaining the spirit of the aforementioned set, it finds Mr Saunders emerging from the rural twilight and onto the heady floorspace of club land, crafted in minimalist dub signatures and wispy lunar waveforms, it assumes a lightness and a deftly delivered funky dialect to find itself tailgating the kind of svelte surround sound syncopation pressed upon such recently adored grooves as those by Static Caravan illumi Free School and the Art of the Memory Palace.  https://digitaldizzy.bandcamp.com/album/va-a-warmer-welcome 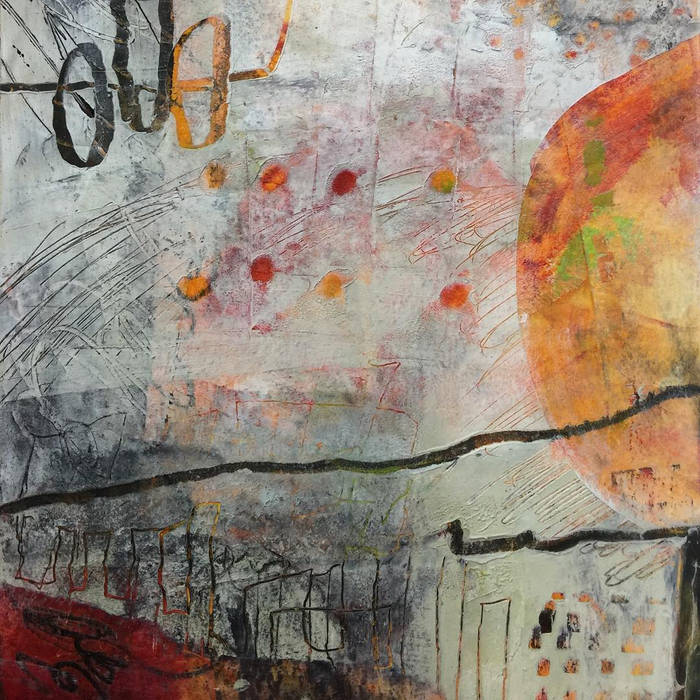 1 Response to v/a – a warmer welcome