Posted on April 6, 2016 by marklosingtoday

no sooner do we dispatch reviews of fondness for their debuting live EP ‘Artifact0001’ then Small Bear go and have us all a-swoon with the release of another certified nugget in the shape of a five track set from the excellently named Reptilians from Andromeda. ‘Sonic Rabbit Hole’ be its name, in short a post punk-ing sore thumb that in truth sounds as though it’s been lifted from a forgotten Peel playlist schedule from 1981 with which there’s no disputing that amid their ranks there lurks the occasional Siouxsie admirer which manifests superbly on the opening cut ‘psychic girl’ which itself comes butter cupped in a spiky psychedelic edginess and a curiously shadowy 60’s lysergic lilt that imagines a secret studio summit meeting between the Banshees and Pink Military / Industry. mind you older observers among you might smile and blush to the sound of …and the Native Hipsters crackling amid both ‘jungle’ and the fraught and frazzled no waving industrial gouged ‘we are who we are’. All said as far as affections go we here are pretty much of a split opinion between the parting brace of cuts found bringing up the rear of this quite excellent set notwithstanding the fact that the deliciously kooky and trippy ‘wicky wacky witches’ could in a certain light pass for a totally wasted and out of it darkly minded Strawberry Switchblade mirthfully cutting shapes to fraying and frying early career Pixies motifs while ‘like to the river to the sea’ comes graced in the kind of primordial swamp dragged blank generation grooving that might well have some of you reaching for your copy of girl duo Kull’s sadly solitary cassette outing from a  year or three ago. https://reptiliansfromandromedasmallbear.bandcamp.com/releases 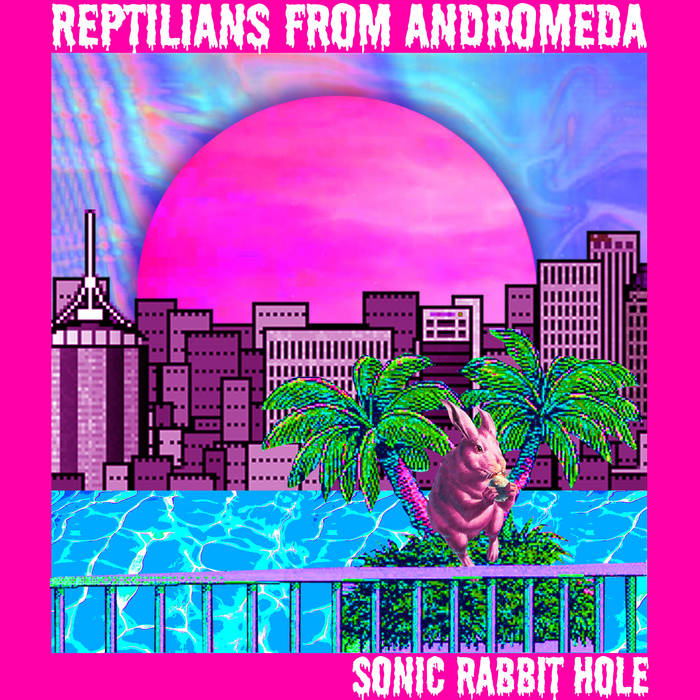 This entry was posted in groovy bastards..., Uncategorized and tagged reptilians from andromeda, small bear records. Bookmark the permalink.

2 Responses to reptilians from andromeda