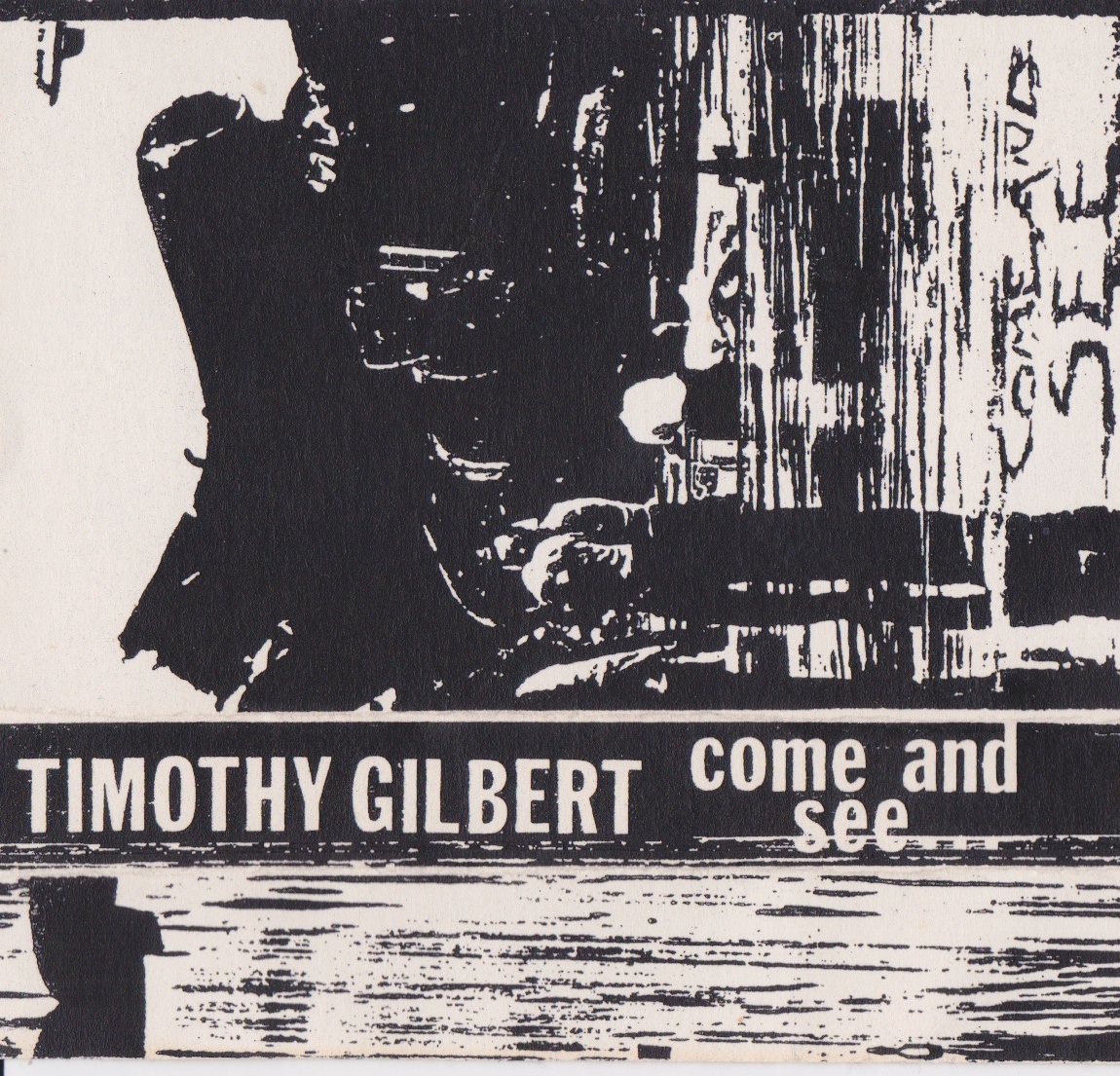 We actually tripped over whilst looking for something entirely different on the web, truth is we were trying to catch up with a little known cult dream pop tape label called Best Kept Secret who we used feature on a regular basis in a former long since gone – including the files – review spot called singled out for the sadly vacated losing today site. Now if the dates are to be believed on the scant liner notes attaching to this, then this may well be wyrd folk before the term wyrd folk was dreamt up by a pencil chewing pre bedroom blog era music scribe before being lifted wholesale by certain quarters of a once fine musical inkie and used and claimed as their own. You know who you are. Anyway we were mooching around on the links and up popped this, recorded in 1987 this is Timothy Gilbert and something of a mystical madrigal entitled ‘come and see’ – initially a cassette release digitised for you listening pleasure by Don Campau who we believe to be a sonic alchemist in his own right as well as a one-time dream pop blogger (whose site features an interview with the best kept secret dudes- hence how we come to be here in the first place), Anyway after a few years spent releasing the occasional limited run tape, Mr Gilbert downed musical tools to follow the circus – an acting career as it happens. ‘come and see’ as mentioned previously was sneaked out in ’87 and certainly comes branded upon the kind of bearded braiding that we feel admirers of Fruits de Mer’s more out there loving cognoscenti might do well to check out – here I’m thinking your Sendelica’s, Earthling Society’s, Cranium Pie’s et al. Okay sure enough some of the arrows might miss their mark / target, but there’s still enough of a free spirited spraying of influences here that might attract the psych folk (‘byron’s dead’ is a close approximation of Paul Roland while ‘lonesome promenade’ hints ever so subtly to the mighty Bevis Frond0. However, fall a little deeper and hints of the nascent NZ noise scene come flickering in and out of view while only a fool would dismiss the obvious influence of Loren Connors casting its lengthening shadow over the creative proceedings. All said there’s some great wigged out moments such as the fracturing ‘babe’ that surely make side 2’s listening a tad hairy and psychos stirred wherein everything from Beefheart, Russell – as in Bruce-  to NWW appear to weave and weird their way through the tripped out chin stroking grooves