If last year’s debuting ‘emperor’ set by Vukovar was darkly prettified and emblazed in ambition and an acute isolationist chill that see sawed precariously with one foot in the past and its mind, determination and other foot squarely charging to the future, then its follow up screams of an indignation and a coming of age that suggests that those who churlishly ignore them will sooner or later find themselves sitting up, taking note and listening whether that be voluntarily or down to the fact that this lot will be the last band standing. But that you don’t listen is part of the indignation and frustration that finds itself occasionally seething and bleeding to stain the grooves within.

‘voyeurism’ stares intensely, it’s glare locked, a glare so intense in fact you can feel it burrowing and burning into your very psyche. For the best part an album that’s brutally unforgiving in its cold, clinical and cutting sparseness, distracted upon an angular muse, its square peg irregularity refuses to fit your comfort zone round hole categorization, its distractive malaise chimes awkwardly zig zagging across a post punk landscape that skirts to an edgy mix tape indelibly included of a choice littering of ‘heaven up here’ and ‘movement’ moments. That its scabbing and brooding are its charms, its tautness and tenseness of effect are an added bonus.

Destined to be championed and applauded by the underground cognoscenti and no doubt a regular feature on end of year postings – and rightly so – ‘Voyeurism’ is a plentiful field of squirming and snaking sore thumbs which like its debuting elder sibling is quick to the mark in posting its austere intentions with the Left Hand like disquiet of ‘you’re not alone’ opening proceedings before the needling no wave Dadaism of the spidery ‘masterpiece’ makes its first cut and so doing tuning itself into the wiry wavelength of stranger son of WB. Elsewhere cloaked in a shadowy noir, the off-beat nocturnal moocher ‘quiet’ superbly encroaches on Tom Waits terrains, its fracturing unease and jazz toned time signatures are cast of a tongue that wires and glowers with the stricken jazz dinked blues ghosting of an early Nick Cave and the Bad Seeds with a side serving dash of forgotten latter career Bauhaus flips and David J solo oddities not forgetting to mention informed by Terry Edwards’ Sartorial imprint.

The hymnal calm stooping to descend over ‘the fog’ apart from being exquisite, is tortured by the fact that its criminally brief in its duration, goes without saying a lengthier examination is much required, that said from its sketching visitation something attaching to the ghosts of Arab Strap and the very much missed Swimmer One stirs with reflective introspection.

It’s at this point that a sea change occurs in the mood, a fork in the road where this formidable and mercurial collection begins to come into its own. Rightly pared down of hullaballoo and flag waving with both the band and label keeping matters tight lipped and the track leaks to a minimum with just a solitary trailer track ‘the blood garden’ being let out on short term parole. ‘the blood garden’ is equipped in the cool craft of a youthful variant of the Earlies (mentioned in earlier despatches loitering around this site), much like all classic bands in recent memory – the Bunnymen, the Smiths, the Teardrops, the Weddoes and your New Order, in Shea and Antonsson, Vukovar are blessed with songwriters who have that rare craft of pen to whittle out love songs that hiss and purr of the fatality, the beauty and the rush of affection / adoration – not so much your boy meets girl yarn here, but the underlying chemistry, the explicit open incision revealing its mechanical traits and the resulting emotional euphoria sparked therein. In short a jaw dropper which we suspect that, where by the careful adoption of sleigh bells and some accentuating of the homely harmonics not to mention a yuletide re-appearance into affections that this might just catch the wearisome attention of the most casual curmudgeon Christmas dismissive passer-by and cast the band into the big league. Determined to take you off your new found high, the scabbing deathly blues swing of ‘irreversible’ returns reference wise to the bruising codas of the Bad Seeds, a howling dark mass spiked, spited and gouged in a psychosis shelling garrotted by a withering corkscrewed hackles heightening withering brutality that lunges precariously into youthful Clinic quarters leaving ‘little k’s final reflection’ to pick up the pieces. Just when you thought they’d extracted all the wow there was to find about your person, as the grooves edge ever closer to the end credits they roll out to peel off the covers of the sets best moment, dwelling on Pulp’s dark seduction and prowling with sleaze smoked soul, this monochromatic beauty comes kissed in the spectral echoes of lost moments from a studio cutting of the Pixies ‘doolittle’ to curdle a strangely twisted pop motif that recalls the criminally neglected The Crimea. All said, disturbingly essential and available via the quite perfect small bear imprint. https://vukovarsmallbear.bandcamp.com/ 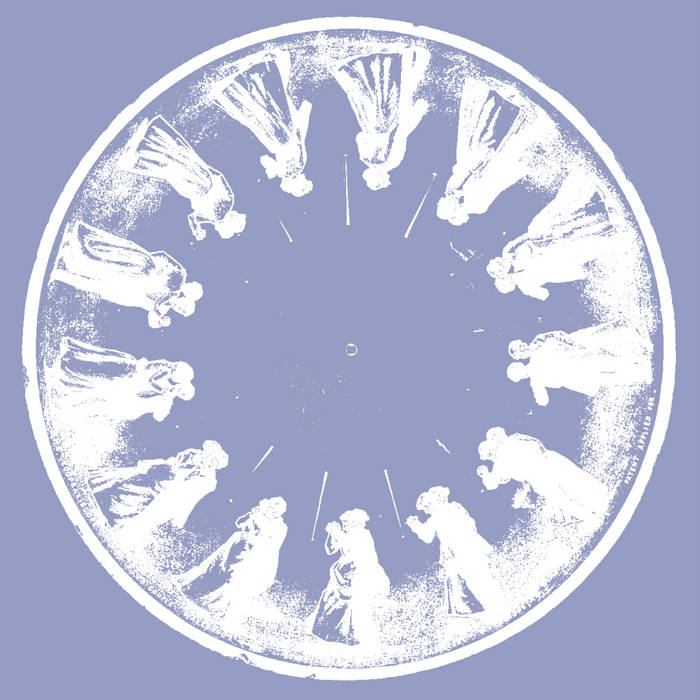