Posted on October 4, 2016 by marklosingtoday

Mentioned in passing a few weeks ago, this is the latest eye catching slice of ear candy from the shyly formed handstitched sound house. We say eye catching mainly for the fact that aside being in a strictly limited pressing of just 50 hand numbered copies, it arrives beautifully pressed inside a little ‘hanstitched’ hard card booklet replete with obi strip and a handstitched ‘seal of approval’ calling card. Really is the daintiest thing – upon the 3-inch CD entitled ‘guilloche’ the minimalist kosmiche tones of VDU – six tracks in all that somewhat find Noel Murphy – for it is he who is VDU as were, sending home melodic communiques from a yesterday age across the cosmic terrains from a distant galactic outpost, that is once the introductory transmission twiddling binary glitch and hiss of ‘1’ locates its intended dial setting. Not unlike a prime era Expanding outing, ‘Guilloche’ is wonderfully remote and reflective, intricately crafted both poised and yearning, this star dazed suite arrives indelibly adored in a silver age kosmiche aura, its simplicity and playful warmth at times calling to mind both a youthful ISAN and Plone. Cut from the stuff that holds the heavenly night lights in place, there’s an underlying bitter sweet forlorn attaching throughout ‘guilloch’ (as though these are lost echoes or more so the final call sign of a fading long since departed moment), that lingers throughout, its something deeply felt on ‘3’ whose bruised and cavernous frosty opines serve as an epitaph of sorts to a memory frozen in time. Somewhere else both ‘2’ and ‘5’ operate from an era rooted deep in the electronic sound legacy, the former a moon dusted pre German school cosmic fantasia daubed in star gazing futureworld overtures whilst the latter clearly murmured in motorik mosaics is possessed of a spirit that nods ever so affectionately to Cluster, Klaus schulze et al albeit as though rephrased through the technoid prism of the Boltfish set. For us though personally, unable to put a rizla paper between them in determining our favourite moment, the stealth like levianthanic ‘4’ is a hulking softly slow brooding dark heart swathed in deeply alluring though hitherto chill toned oceanic pulsar waves while the strangely playful ‘6’ – a curiously intricate shapeshifting beauty of a sepia framed vintage kosmiche comprised of warping barrel organs, frosted symphonias and artificial intelligence dream pop. Essential in case you hadn’t quite gathered yet. https://handstitched.bandcamp.com/album/guilloch 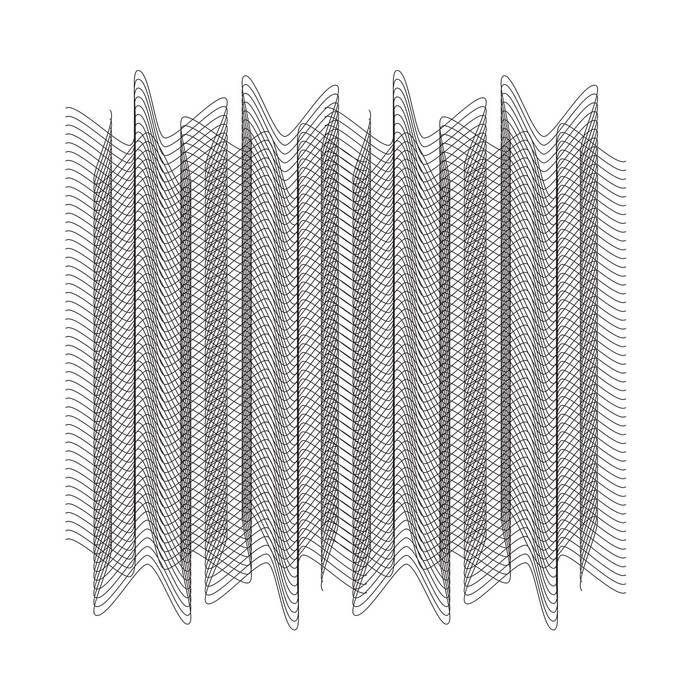 This entry was posted in groovy bastards..., Uncategorized and tagged handstitched, vdu. Bookmark the permalink.