Posted on October 9, 2016 by marklosingtoday

Been a while but Silber have just recently announced their 5 in 5 winter catalogue the first of which finds psyche pop peculiar Azalia Snail joining the esteemed roster. For those previously unaware for the 5 in 5 series each artist / band are given the brief remit to cobble together 5 short sound-scapes, each to last just a minute each. Those familiar with Azalia Snail will no doubt be happy to learn that her trademark kookiness and wayward sonic persona are all present and standing to peak perfect attention. ‘dream dazzler’ is a clockworking curiosity of toy keyboards and fisher price instruments sourced, one would imagine from thrift stores and flea markets, all psychedelic carousels and radiophonic lullabies each of the quintet seemingly possessing their own unique personality so that ‘dream dazzler return’ has the kind a glitch scratched funkiness you’d readily have expected to fall out of the frank and wobbly sons sound house while ‘dream dazzler 78’ has something of the Delia’s – tomorrow people’ era – about it, ‘exit’ emerging blinking from a mid 90’s techno flashback, ‘dance baby’ a schizoid toy march much reminiscent of Whizz Kid leaving our favourite ‘deep’ to be ached in an ice sculptured intimate ache. https://silbermedia.bandcamp.com/album/dream-dazzler 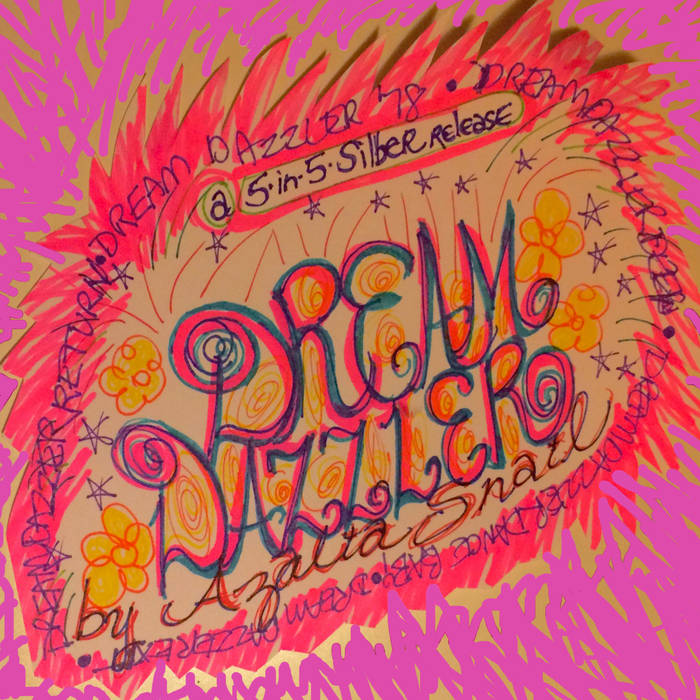 This entry was posted in groovy bastards..., Uncategorized and tagged azalia snail, silber. Bookmark the permalink.