Posted on October 30, 2016 by marklosingtoday

and so we are back with that rather epic ‘more in common’ compilation from the love and hate collective of Carmarthen which we mentioned in passing just a day or so ago when we hooked up to the Bordellos offering (album coming shortly), think we’ll settle on two tracks on this particular visit. First up then, Consterdine appearing here with the mellow bruising that is ‘a box the colour of heartbreak’, reaching out like a shy eyed distress call this intimate slice of understated introspection comes mourned in tranquil opines caressfully spirited away by flotillas of murmuring sea breezes, quite touching all said. I’m fairly certain we’ve mentioned Siddi in previous dispatches, don’t quote us on that though, ‘gormod’ is a blissfully toned mountain folk rustic, intricately carved in the schooling of John Fahey and latterly by AB Leonard its possessed of genteel seafaring lilt which around the mid point mark suddenly rears into a momentary bout of jubilant animation as though some unseen cavalry has crossed an imaginary hill before returning to its lull. Okay we lied, a third selection, this un catching our ear rather spikily, this frenetic slice of dayglo’d angular punk pop is by deadly lightshade and goes by the name ‘psychic sidekick’ – like an edgier Rezillos if that is, our ears don’t deceive, infectious as a rash and cut with oodles of strut gouged art bopped grooviness, the type of which, once in your head is liable to pogo all night.  https://hopenothate.bandcamp.com/album/moreincommon-hope-not-hate 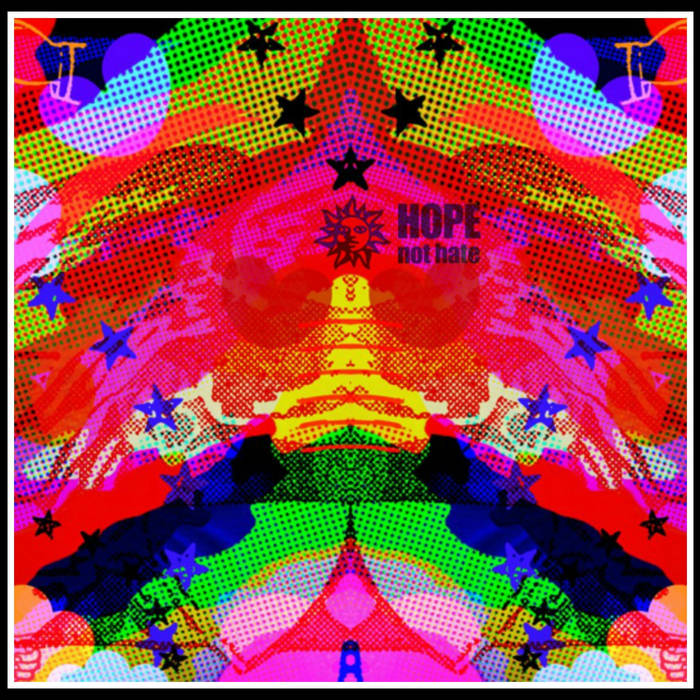 This entry was posted in groovy bastards..., Uncategorized and tagged consterdine, deadly lightshade, hope not hate, siddi. Bookmark the permalink.