the echo of your last goodbye…..

Posted on October 31, 2016 by marklosingtoday

I don’t recall drifting to sleep. It was what I thought to be a voice calling that raised me from my slumber. What greeted me upon my wakening I cannot describe for what I saw was a place both unfamiliar and unknown. A forest, a wood or some strange manifestation brought into eerie life by my resting imagination. Was I still asleep, perhaps I was dreaming within a dream. My mind raced desperate to recall and remember my waking steps before this bewitchment took hold. It was cold, the mist descended evermore, it seemed to whisper and caress the landscape with its icy hand, I noticed and chilled to sight of the twisted and disfigured shapes that where moulded by its spectral touch. No moon did shine, no star did shimmer and no sound did start. The silence was deafening, the feeling of isolation despairing. Ahead in the distance, a light twinkled barely visible in the thickening fog. I was drawn and without a thought began to make my way towards it. As I passed down a path, its clearing well worn, I was suddenly aware that many before me had followed its trail. As I walked through the overhanging trees, perhaps it was my imagination, but they appeared to turn and gaze upon me, their branches sharpening like claws, scratched at my person. Minutes passed, it might have been hours, there was no way of telling, the shapes of the wood all looked alike only as though gathering around me like a fence or a wall, surely not I thought. The light ahead remained in the distance, its glow desperately dimming. How far had I walked, I was tiring, exhausted and cold, and just when I had given up all hope, the path suddenly ended. I found myself in a clearing, the trees that had leered, loomed and lassooed me with their lengthening limbs, stood still and frozen, forming a perfect circle. The light neared, my eyes desperately focusing, I noticed it was held aloft by a cloaked figure. It spoke. ‘Rest thy head o’ weary traveller, your journey is nearly at an end for you have reached a place where reality, fantasy and dream converge and blur, a place out of time moreover, outside of time and space, a portal where the ghostly visitations of the past, the present and the future dance amid a playground enchanted in both the macabre and the magical’. The stranger fell silent and walking away he raised a beckoning finger inviting me to follow. And follow I did into the shadowy realm of Melmoth the Wanderer. 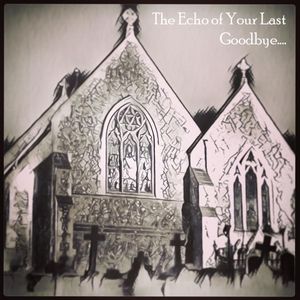 This entry was posted in groovy bastards... and tagged melmoth the wanderer, the echo of your last goodbye. Bookmark the permalink.