Posted on November 25, 2016 by marklosingtoday

Deepest apologies to the front and follow guys for we’ve had a fair bit of their ear gear loitering in the shadows of late causing a fair amount of disquiet. ‘the blow’ is an ongoing project that invites bands, artists, musicians to collaborate in forging a sonic middle ground, they are encouraged to do this either through pure collaboration or by way of populating their side of the grooves with sounds complimentary that work in tandem with their chosen pairing. Volume 2 finds Time Attendant sharing soundspace with Howlround. Time Attendant having recently graced our ear space with an appearance on the final transmission for 2016 from A Year in the Country, sets about occupying his side of grooved fence with a quartet of what might be best described as machine communications equipped in noodling sine waves, all very sparse, alien sounding and very much couched in the kind of radiophonic trickery brought to bear on TV screens in the 60’s whenever the Tardis’ occupants found themselves dropped without due care or attention on Telos (Cybermen), Skaro (Daleks) or the closer to home and indeed reality – Mars (Ice Warriors) ax evidenced on the opening ‘distance gathers’. Somewhat looser and more funky – though in a dislocated way – ‘elementary electronics’ looms large like an ominous slab of industrial warping mech-tech while the tearfully isolationist ‘adventure screen’ initially emerges from the dark side of Vengelis’ ‘blade runner’ before unpeeling itself to terraform one minute possessed of a wonderfully mind morphing dream machine sequence that blissfully dissolves into an eerie lunar fantasia. ‘speaking in spirals’ brings Time Attendant’s side to a close and with it cuts a waywardly warping and wonky weird ear worm of the calibre that those much missed Mixing IT dudes Sandall and Russell would have sneaked onto their their eclectic late night playlist to create a sense of puzzlement and impishness. Approaching matters from similar radiophonic parameters, Howlround serves up ‘amboy parts 1-6’ – a 24 minute odyssey into the strange, sometimes unsettling soundworld of fracturing dream like hazes and spectral visitations, here lunar florals and eerie manipulations gather to craft a weird ear collage prickled by an out there wooziness of creaking motifs, frequency whispers, snoozing opines and a general overall shapeshifting fog of disturbia, in terms of reference points Louis and Bebe Barron’s landmark score for ‘the forbidden planet’ would be your first port of call, in terms of listening experience that sense of detachment never quite leaves though that said heading into its final cycle a curiously serene almost celestial calm descends upon proceedings whereupon the choral sighs. https://fandf.bandcamp.com/album/the-blow-volume-2 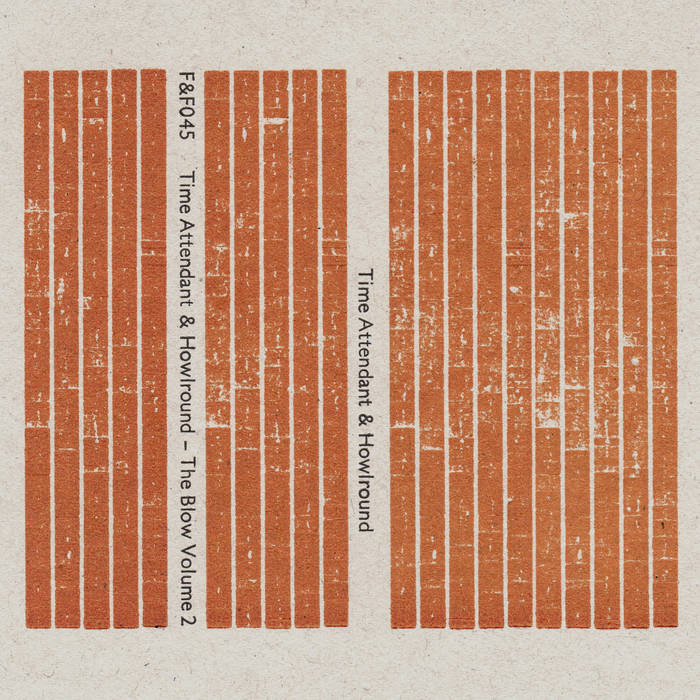 This entry was posted in groovy bastards... and tagged front and follow, howlround, time attendabnt. Bookmark the permalink.