welcome return of dream pop duo Ummagma, you know some releases just write their own reviews, ‘winter tale’ initially appearing on their 2015 EP ‘Frequency’ gets a much-deserved remodelling with these mixes featuring a guest appearance by the much adored, around here anyway, AR Kane – more about that in a second though. As the title might suggest and hint, ‘Winter Tale’ comes shimmered in twinkling snow drops, all at once frail and fragile, this ice carved cascade purrs to a Angelically prettified pulsing procession that softly orbits lonesomely in the celestial stratosphere. Over on the flip side you’ll find the ‘AR Kane 69 mix’ – indeed a retooling by Rudy Tambala and a nod to the duo’s late 80’s landmark ‘69’ album, which despite its atonal etching endows the original mix with a somewhat distractively dreamier quotient with the gruff flotillas of wiry feedback sprays and the woozy cosmic electronic warbles seemingly acting as guide lights shepherding Shauna’s vocals homeward bound. https://ummagma.bandcamp.com/album/winter-tale 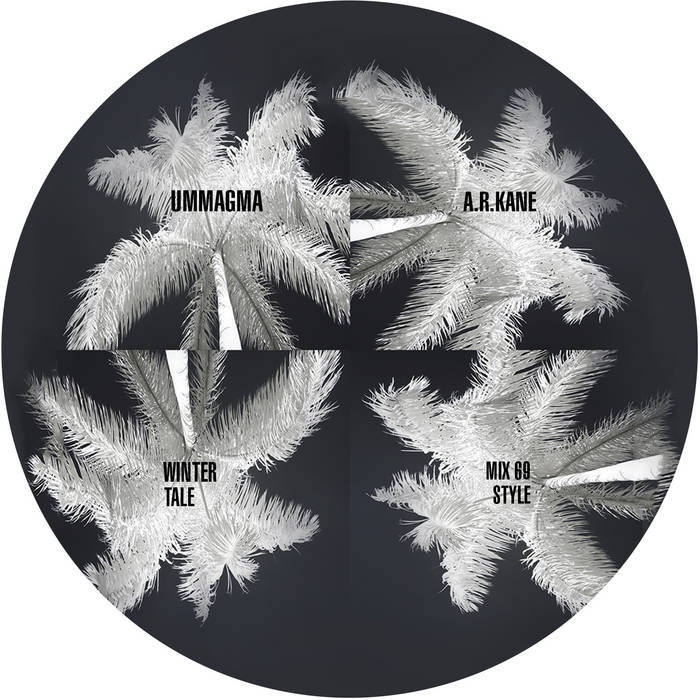 This entry was posted in groovy bastards..., Uncategorized and tagged ar kane, ummagma. Bookmark the permalink.