Posted on February 10, 2017 by marklosingtoday

We have stuff by unexplained sounds lined up for this week courtesy of their latest ‘survey’ set. This however, is the first release on their specialised imprint eighth tower, a resource that shifts away ever so slightly from the experimental path of its sonic sibling into terrains populated by ultraterrestrial frequencies. ‘super spectrum’ is a gathering of souls mining the outer strata’s of ambience, for now just three cuts on preview on the shop window teaser the first from Warpness entitled ‘Mørkerom’ will no doubt find admirers aplenty of Barry Gray’s more out there scoring for the Gerry and Sylvia Anderson TV21 franchise given it sounds not so dissimilar to the end credits of the iconic 70’s sci-fi series ‘UFO’ albeit here rephrased through the viewfinder of Tristram Cary. Next up a spot of symphonic grace fall in the guise of Sysselmann’s ‘Wasted land’ which aside its subtle adopting of Vangelis-esque poise and cinematic wherewithal, is possessed of something melancholic and forlorn, as though an epitaph as the stars go out. Similarly touched by Vangelis, Alphaxone’s aptly named ‘Majestic’ arrives ghosted in ‘Blade Runner’ mosaics, a celestial visitation oozed in ethereal choral hazes, quite dream like and mesmeric all said. https://eighthtowerrecords.bandcamp.com/album/superspectrum 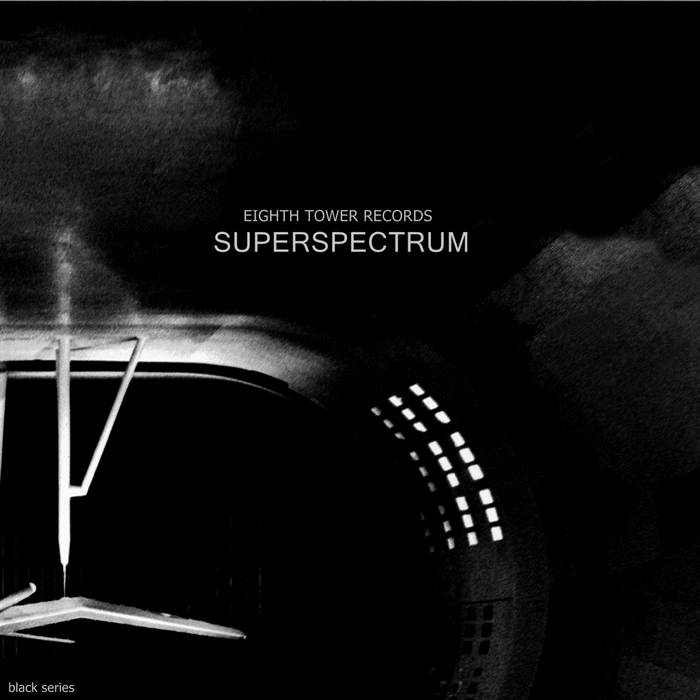