Posted on February 16, 2017 by marklosingtoday

Where it not for the fact that following Losing Today’s untimely – so untimely they never even bothered to tell me, don’t answer emails or jack – thanks lads – and with it the pulling of its entire presence on the internet, as a result meaning I lost an archive of 12 plus years of reviews due to some clown instigating a spiders / robots or some other such nonsense preventing the likes of archive.org preserving screens shots of the web site for historical citation, then and only then could I ramble on at length with reviews too boot as proof as to our admiration for Matt Leuw. Okay to some the name might not register, so if we were to say that over the course of the last 20 years that he’s occasionally surfaced from his hidy hole to front / be part of some of the finest bands to have entered the roll call of lost pop bands – ensembles such as Crest, Coin Op, Cortez and most latterly – about 8 years ago all told – 2 hot 2 sweat – then are we now up to speed. So why mention all this you may well be asking yourselves, well Mr Leuw got in touch giving us a head’s up of new sounds about surface whilst simultaneously giving account of those gap years between 2 hot and now which as it happens were punctuated a few years ago by the emergence of a Mild Horses EP entitled ‘from the woods’. Five tracks within reveal a deeply varied spectrum of sound and mood being plundered, the hollowed Italo spy noir cool of the Morricone meets Barry-esque ‘the journey to the centre of the earth’ is contrasted superbly by the kosmich grace fall of the astral planning ‘the first spacewalk’. Somewhere else the sepia framed psyche hymnal ‘the herald of free enterprise’ is deliciously moored upon a bucolic phrasing that might find a welcoming home on both the second language and ghost box imprints, love the Reich-ish Flying Saucer Attack sequence at its fall. Lest we forget to mention the mournfully reflective ‘puddles’ whose ghost light sustain had us rifling around for our copy of Tex La Homa’s quite immaculate ‘transience’ set from a few years ago, however as exquisite these four are, they pail to the eloquence and fragile beauty of ‘Battersea park’, a beautifully stolen moment of genteel kick back and let go hazy lazy eyed loveliness amid whose spectral toning echoes of the late great Nick Drake whisper at its shoulder. http://www.mildhorses.com/ 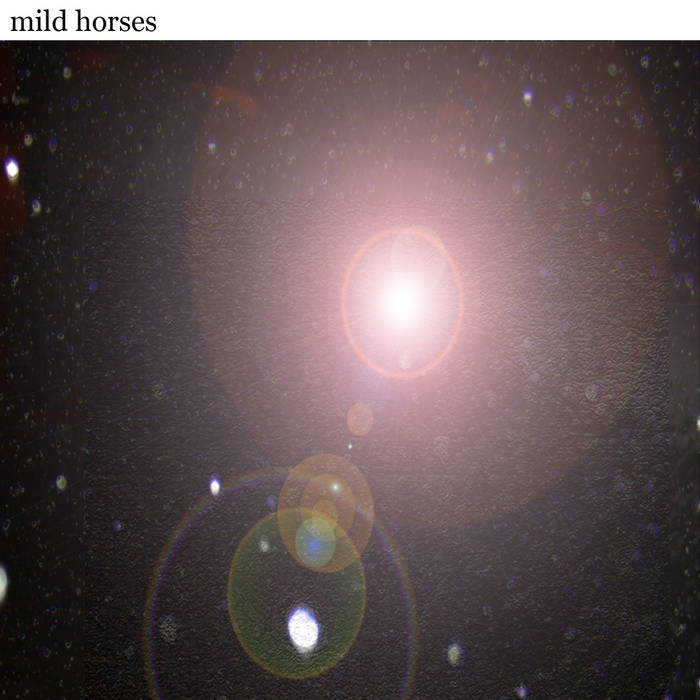 This entry was posted in groovy bastards..., Uncategorized and tagged mild horses. Bookmark the permalink.