Posted on February 23, 2017 by marklosingtoday

We will do our best to remember to return to this in a future missive, seriously post it notes are festooned all over the gaff to aid our failing memory. Here’s a little something that dropped by our way a day or two ago, a compilation entitled ‘hear the living dead’ through the scythe collective, a secretive gathering of souls hidden behind banks of vintage synthesizers cobbling out eerie listening fair that has a particular affection for the undead. Surely of interest to those of you who flock to the independent retail stores at the mere mention of horror soundtrack re-issues from the likes of Death Waltz, waxworks, mondo et al, featured here are 32 eerie sore thumbs dredged from waking nightmares and straight to turntable with Fake Stereo’s ‘questioning reality’ immediately hooking our earlobes not least for the way its psychosis soaked dissipates had us much recalling the missing in action of late Villa9 studios output, so missing that they appear to have removed their presence clean off the internet – very strange. Anyhow oodles of Carpenter tropes here, macabre choral choruses reaching through the veil, trick n’ treating twinkling keys and don’t dare look over your shoulder tension wracked cinematics. Somewhere else there lurks ‘life or death’ by Ron Cannon, straight off a Cronenberg VHS taped flick, shadow lined prowling mosaics with nods to the classic Italo horror Giallo scores of the early 70’s recommended for those well versed with Richard Einhorn’s ‘shock waves’ score one suspects. Last one for this very brief mention Star Spawn’s ‘consumed’ is pure apocalyptic fantasia bathed in the glow of an atomic afterburn which might just have you imagining Zombi rethreading and revisiting lost VHS suites by Brad Fiedel.  https://scythesaga.bandcamp.com/album/hear-the-living-dead 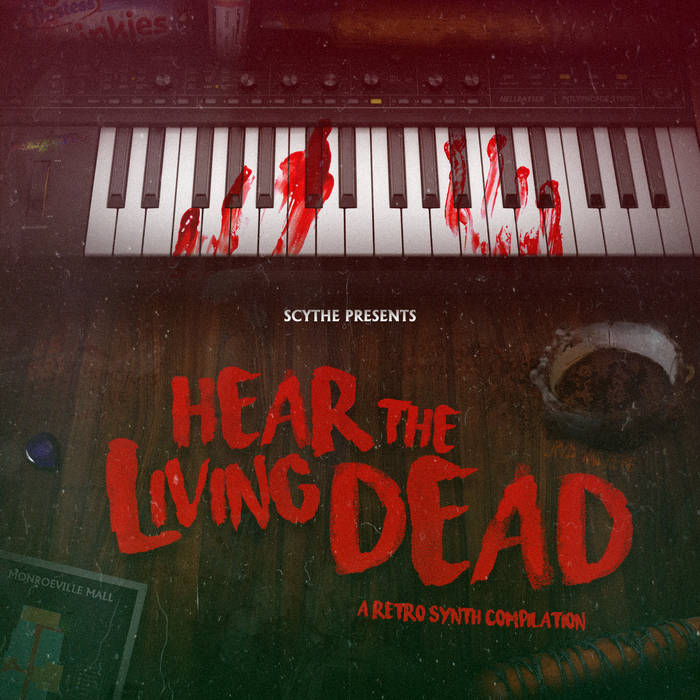