Posted on February 26, 2017 by marklosingtoday

Many thanks to Tom of the Brighton based Endless records who sent over a bundle of downloads for our listening enjoyment, all of which you can expect mentions for in the coming days though not before we’ve had a chance to cast the critical ear upon a new 3 track EP by Irma Vep entitled ‘that cake won’t eat itself’. Described by the label as three exclusive tales of woe, this one comes pressed up on ridiculously limited numbers of lathe vinyl – did we read somewhere the exact number being 15 – by those nice folk over at 345rpm. Anyhow upon the grooves within something smoking lurks and stirs for the title track comes on as a hollowed dust kissed ghost rider, rumbled on a brooding crossroads blues purr the title track groans to forge a bruised beauty that’s deadheaded by shimmering arpeggios over which a scowling rain storm lashed sermon howls the hurt of its dark hearted protagonist preacher. In sharp contrast ‘have you seen her’ – unless our ears do deceive, wires itself upon the subtle hypno-grooved tones of Silver Apples and into the bargain crafts a woozily mesmeric ghost lit lunar carousel peppered in mystical florals. ‘tears are the sweetest sauce’ rounds up the pack, in truth the best thing here, its wounded nostalgic framing softly set in a creaking sepia glowed porch blues intimate ache whose bruised palette touches base to form a sonic link that stretches from the Orson Family and the Violent Femmes passing by the Palace Brothers to finally stop at Morton Valence to leave scarcely a dry eye in the house. https://endless-records.bandcamp.com/album/that-cake-wont-eat-itself-ep 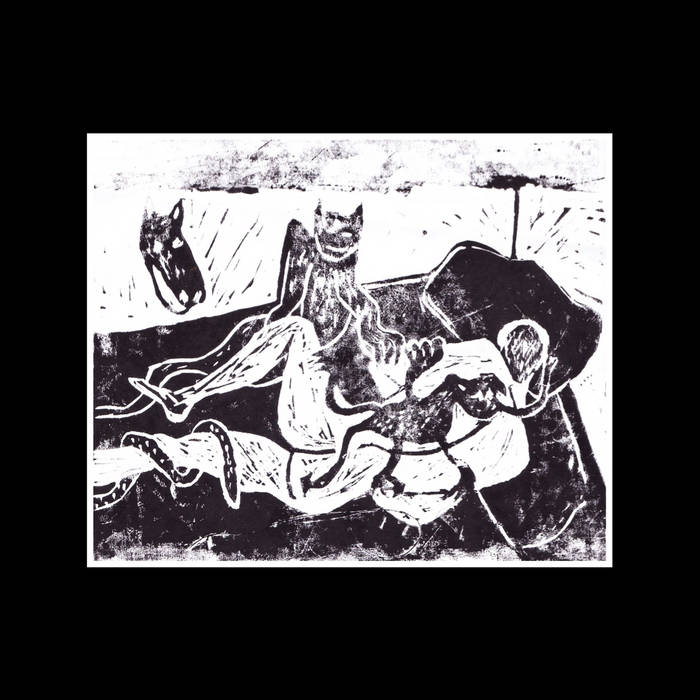