Posted on March 5, 2017 by marklosingtoday

Blame all this talk of Preterite that we unearthed this dark beauty, released a while ago, somehow avoiding the watchful eye of our radar and since sadly sold out of its edition of 11, yes 11, really now if I were so minded I’d be cribbing on for the remainder of the review as to how gutted and wounded we are at such news and how life has such little meaning armed in the knowledge that this outing has strayed our love, attention and indeed – grasp. We won’t even both to tell you that our record collection is mourning and pining the loss. Feel bad now – eh. Anyhow these artefacts, and we prefer to refer to them as artefacts rather than mere releases, look immaculate, to describe them, well we’ll pass over to the record label to do the ‘look what you missed’ gubbins – ‘released on December 14, 2015 in the form of a handmade box containing one 12″ lp, lovingly mastered by Randall Frazier and pressed by le bricoleur at Bladud Flies!, two original mixed-media paintings, convenient informational insert and download code. The download includes additional material related to the other forthcoming volumes. The set is limited to 11 numbered, personalised copies’. Anyhow it’s by The Keraunograph Ensemble and goes by the name ‘writings of earth’ – the liner notes harshly describe it thus ‘….progressive psychedelic vaguely unpleasant chamber music’ which as you might imagine had our ears immediately pricked up and curiously aware, what you are hearing incidentally, is an excerpt, a dark herald perhaps a summoning of some sort of prior foretelling, an ancient coming presiding over an apocalyptic event, its thick with atmospheric tension, a doomed chariot adrift and driven by some exacting trade wind spreading its deathly dry ceremonial contagion, not something we would hasten to add, for mere pop listening verse chorus verse patrons. https://keraunograph.bandcamp.com/album/the-omnipresent-volume-iv-writings-of-earth 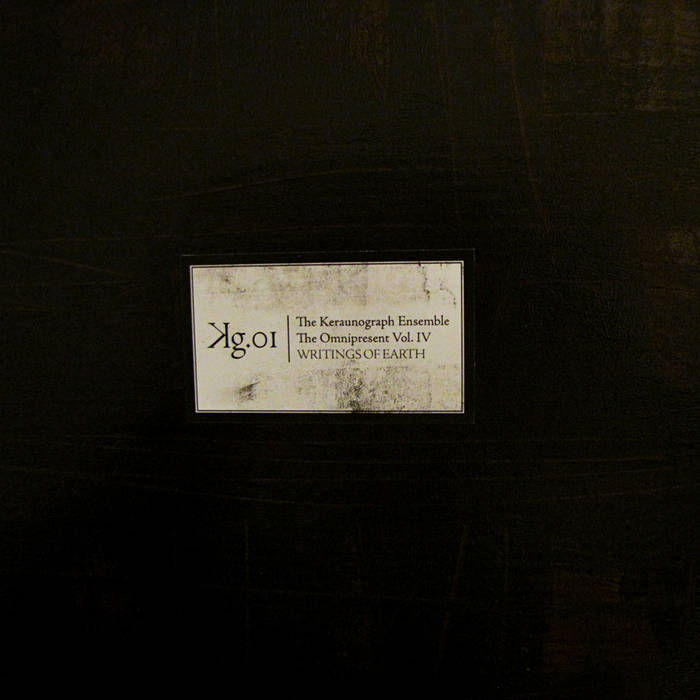 This entry was posted in groovy bastards..., Uncategorized and tagged the keraunograph ensemble. Bookmark the permalink.