Posted on March 7, 2017 by marklosingtoday

Now I must admit to a moment of embarrassed honesty when I say that I fear ST 37 have never thus far bothered our turntable, indeed I find it hard to imagine and to admit, surely they have at some point. So up pops ‘fuck you, you rule – ST 37’s greatest ‘hits’ – a ten strong gathering of head tripping wooziness trimmed in many kaleidoscopic colours and purred in mind vacating chemical odyssey’s. Hells teeth I’m getting a tad stoned just being in earshot of its psychoactive sonics, ‘all the same’ opening the fried ceremonies emerging from a Barrett captained Floyd before going all Walking Seeds ‘bad orb…’ hairy and wasted. No sooner has that passed then along comes the super psych pill ‘heather Catherine tallchief’ – a lo-fi’ing kosmiche hyper craft veering sumptuously into the sun fragmenting and frying along the way. Elsewhere, and it’s here where these dudes really score highly in the wig flipping stakes, the affection pinning not to mention wonderfully warping and skewed ‘a huge rare cheese’ to these ears sounds like its blessed with the kind of stoned mystical vintage that dips subtly between seven that spells and the mighty oh sees albeit as though its tripped its way out of a humungous Elephant 6 Collective spin dryer. However all said might we suggest you don your wigs for the wired and beardy freak storm that is ‘confusion mind’ – detuned, damaged, derailed and dandily primitive and weirded out, think that covers it and while you are there you might want to throw in ‘Snootle y Choobs’ – who said Viv Stanshall fronting a clearly out of it Beefheart….. https://st37.bandcamp.com/album/fuck-you-you-rule-st-37s-greatest-hits 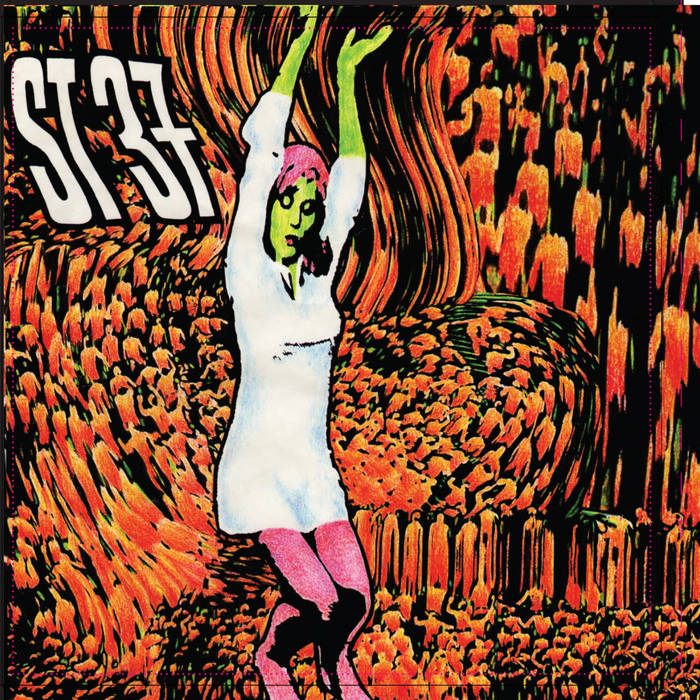 This entry was posted in groovy bastards..., Uncategorized and tagged st 37. Bookmark the permalink.