Wizards Tell Lies have been holding aloft magical lanterns that light up mystical paths we daren’t cross or venture, but venture we did. For a decade now, they have been exploring the strange worlds that most fail or prefer not to see, through dimensional prisms and eerie portals they have ghosted upon invisible parallel worlds that entwine with our own, viewing landscapes borne of secretive alternate histories perhaps the resulting fallout of shadowy Government experiments or a foretelling of post-apocalyptic futures to come, slips in time if you must, whereupon new paths and choices splinter into renewed birth and direction, these signposts or cracks in the fabric of reality manifesting upon the turn of the supernatural, the extra-terrestrial and the mysterious. Fox, Owl and Hart – for they are the Wizards, are not three but one, a gatekeeper tasked with guarding, forensically testing and observing these strange occurrence’s and obliquely posting reports of his findings back through a labyrinth of networks via coded messages.

Latest chapter in these covert sonic surveillance dispatches is ‘lost king, after you’, a surreal six track suite released on limited account by MuteAnt Sounds that finds the Wizards somewhat absorbed in the twilight hazes between fact / fable / reality / dream / nightmare, the sounds – dense, intricate and trippy freewheel upon a definable jazz discipline that’s immersed in a fluent shape shifting Radiophonic tongue, at times isolationist in both feel and texture, there’s an outer worldly accent running amok between the stuttering rhythms and the crooked time signatures that suggest footings in stranger and eerily ethereal lands instructed and motioned in the claustrophobic swarming of a stark grimy industrial grind.

The collection opens to the dream like cosmic arabesque of ‘tinderbox night dogs (the vision)’ – a tripping tapestry gouged in dissipating flotillas of noir-ish wisps, the mood accentuated by the swarthy drift tones of John Lunny’s watcher like saxophone and the dropping in and out of consciousness narrative tones of the Whip Angels’ Jenny Kraus. ‘cursed paths’ is the awakening start of what is a four-part descent in the dark, choral whispers and shimmer toning radiances affect a grand gateway to the beyond, the mood one of stilled majesty behind which looms an unseen dark and then ‘they only come out at night’ arrives, from out of the shadows the indigenous populace chatter to an excitable song, tension rising the atmospherics closing in wall like, what sounds like a macabre head tripping hallucinogenic ceremony is afoot. ‘that damned procession’ pretty much revisits sonic terrains once upon a time visited upon by the Wizards’ alter ego the Revenant Sea, brooding, war like and grinned in a deepening dread, to the slow paranoiac post-apocalyptic beat and storm calling drone a deathly dance calls as though an awakening charm to some unseen sleeping behemoth leading to the ceremonial fanfares that fan and fire throughout the ceremonial ‘arrow bee’s backwards mirror’ – something I guess that ought to chime musically to those much admiring of the Mount Vernon Arts Lab. Those perhaps seeking solace and a happy ending courtesy of the parting ‘3 days (Alice)’ might want to carefully think again, with the opening salvo ‘tinderbox night dogs’ it forms a bad tripping book end or rather more a sealing of you with your own paranoia and inner most demons with the sounds dissolving in hazes of mind loss psychotropic confusion. https://muteantsoundsnetlabel.bandcamp.com/album/wizards-tell-lies-lost-king-after-you 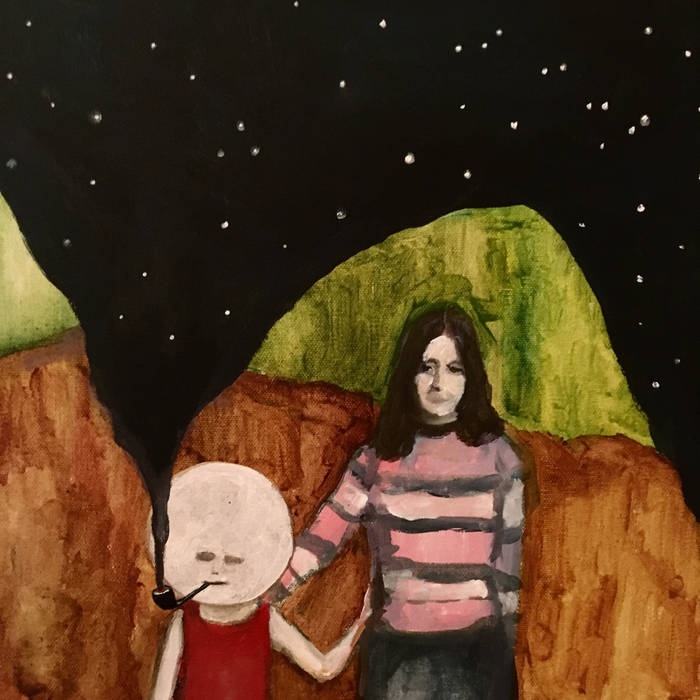