Again, apologies are long overdue, this time to Chester Hawkins, much like the aforementioned Reverse Family release, another that got somewhat buried beneath the release chaos in the vinyl black hole that is the Sunday Experience listening shed. Now this is stunning, if I didn’t know better, a game changer. Just 300 of these heading out of the intangible arts imprint which if there’s any justice ought to have long flown the coup. This is colossal, a true synapse splintering head trip, set across two sides of wax ‘Natural Causes’ or as its sub titled ‘original music for pale trees – a film by Tim Ashby’ features two hulking slabs of high grade hypno-grooved kosmiche. Indelibly crafted with a nostalgic vintage, from its cold war nuclear bunker it gazes towards the stars and beyond into the oncoming futures which before you all start saying ‘ah stranger things’ – think again. For while ‘pale trees’ might well tread similar sonic ley-lines, its morphing nature illuminates upon a hidden creative mindset found tinkering around the blurring edges of musical universes populated by cosmic sounds, ambience, primitive techno and psychedelia. Pierced upon a stately cinematic phrasing, one of those rare releases where headphones are an essential accoutrement if only to savour the full impact of the immersive soundscapes that Hawkins brings to bear upon this absorbing wide screen sound board. ‘pale trees -part 1’ opens proceedings, obviously, its greeting call that which imagines the cosmic heraldry of Floyd being retooled and tuned by Ozric Tentacles, the leviathan like cavernous fanfares casting an atmosphere of both majesty and something spiritually primitive. Without warning  the softly brushed bubbling dub dialects emerge from the sonic soup to crystalize and assume clear focus crafting out dream machine silvery pulsar shimmers, the locked groove opines reminiscent of Sonic Boom’s head to head with Sunray via Earworm in the early 00’s albeit spaced out with the propulsive fluidity of Tank, it’s here that the psychotropic phrasings weave a woozy tapestry that taps directly into your inner third eye, the milky mosaics trippily dissolving and dissipating like a super chilled Orb sparring with a classic era Plaid creating a hermetically sealed shape shifting orbital hothouse. And then we are loosely back full circle, swathes of meditative oceanic ripples arc and flash all the time poised with a serene symphonic symmetry that irrefutably nods to Tangerine Dream. Aside the artistry in seamlessly shunting together elements of psyche, kosmiche and ambience, what makes ‘natural causes’ so an appealing listen and something that becomes immediately apparent is that despite its 40 plus minute visitation upon your turntable, it’s how fast the time passes as you astral plane through its terraforming and tripping tides. Over on side 2 things manifest at a darker pace initially, the sonic palette delivered with more of an intricate detailing finds itself free flowing, principally into the lusher terrains once explored by the oft underappreciated Embryo, utilising a curious fusion of subtle dub washes and cosmic Afrobeat, hints of the spacious sound boards of Mort Garson are easily called to mind though simultaneous stirred in with elements of Jean Michel Jarre’s ‘Zoolook’ as though rehoused in groove shelling of ‘magnetic fields pt1’. As with its partnering side 1 opus, ‘part 2’ morphs sublimely switching focus, effect and atmosphere, the choral hazes, metronomic pulse beats and Middle Eastern tonalities soon drift into Sonic Boom terrains – and here I’m thinking of his more dronal frequency flipping work as Spectrum – for what can only be described as something akin to finding yourself mistakenly awakened from a peaceful nap to find yourself beneath the undercarriage of an idling extra-terrestrial hyper craft from Gerry and Sylvia Anderson’s classic cult TV show ‘UFO’ therein solar gliding to the end groove on a purring astral carpet. Immense. https://intangiblearts.bandcamp.com/album/natural-causes 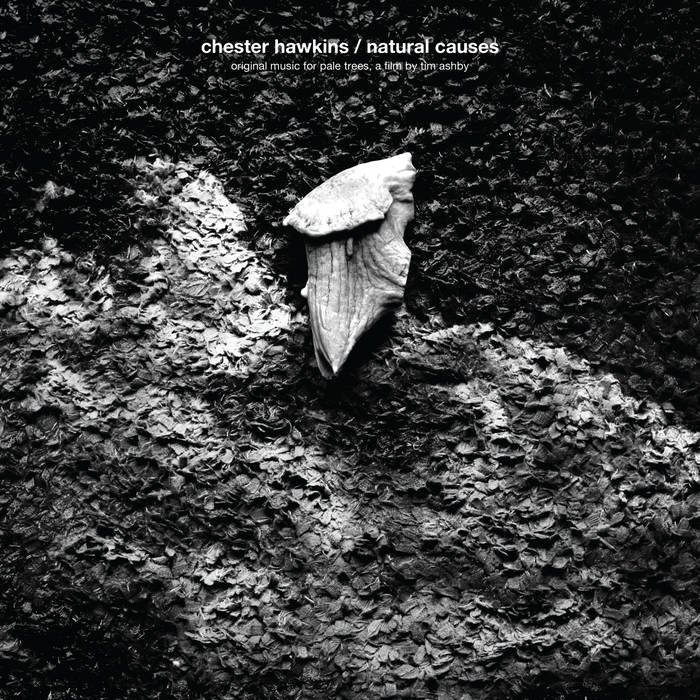