Sitting somewhere on a sonic seesaw with the TV Personalities on one end and the Cleaners from Venus on the other albeit as though rephrased and channelling a clearly stoned out Jerry St Clair doing a new waved day-glo version of his Phoenix Nights cabaret spot, this is the gloriously wonky the Hector Collectors who I’m certain we’ve mentioned in passing in previous musings. optimistically known as ‘the boring album’ it’s a riot of wonkiness, weird ear-ness and impish stone throwing which from the moment the skewiff tones of the bizarrely addictive ’27 check out girls’ kicks into its crooked musical gait has you curiously drawing up your listening pew, for your time and patience rewards aplenty tumble out with tongue in cheek lo-fi daftness, the celebrated and vaguely iconic Channel 4 quiz show 15 to 1, 90’s baggy wannabes Northern Uproar and Oasis via ‘love is high’ all come in for a kicking. Somewhere else the bontempi bedevilled ‘dry slopes’ is your sparsely toned homage to lazy Sundays afternoons stuffed from roast dinner sprawled across the parlour sofa eyeing ski Sunday on grandstand while the outside fries in the summer heat. All said our most favourite moments come in the (bent out of) shape of the waywardly smoking moonshine murmured ‘grim fandango’ which in truth sounds like a slightly tipsy Acker Bilk on kazoo while somewhere else the Half Man Half Biscuit-esque titled ‘she’s lost the remote control’ wonderfully aligns and retunes a ‘Movement’ era New Order into a c. ‘seventeen’ Cure styled minimalist post punk grey. https://thehectorcollectors.bandcamp.com/album/the-boring-album 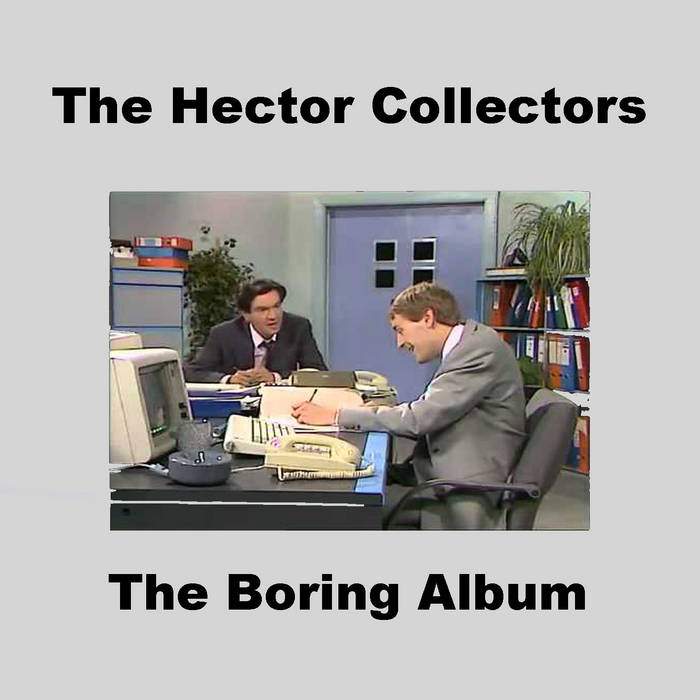 This entry was posted in groovy bastards... and tagged the hector collectors. Bookmark the permalink.