Many apologies to Sean and Tim, they collectively being the angular post math punk dudes of Derby known as Biscuit Mouth, who emailed us a little while back alerting us to new groove in the guise of the wilfully erratic and primitively schizoid full length ‘hot change’. I must say it gladdens the heart that folk of mischief like Biscuit Mouth live, breath and walk among us for ‘hot change’ features nine tracks of the kind of nagging skewed blues that we here feel sure would have been embraced by that Peel chap at the sound of the first frayed chord, for here is a melting pot fused of a twisted pedigree that hints and recalls on one hand the likes of the Inca Babies and the Folk Devils whilst on the other sounds like it’s been reared in some secret incubatory lab by those Touch n’ Go dudes fed on a diet of Shellac and Jesus Lizard sonic offerings. Wired and frenzied are the key watchwords here, lunging and leering each of these cuts coming seared in a punctuated and primed noise niked squall the type of which literally leans from the grooves to grab you by the neck and throttle the life out of you, a high wiring spectacle that impishly teeters between chaos and caustic cool, obvious descendants of the Boys Next Door and sadly several years too late to find a loving home on the much-missed Leeds based Brew imprint which while we are here we may as well throw Part Chimp into the list of reference markers for good measure. Still – audacious, acutely off the map and wonderfully deranged, selected listening – in truth all of it given there’s little whiff of a bad ‘un here, but arms forced up the back to choose we’d recommend the waywardly untamed fried and fractious ‘it’s not for everyone’ and the mooching skewed blues splintering of the edgily coiled scab picking ‘a very pleasing night’. https://biscuitmouth.bandcamp.com/ 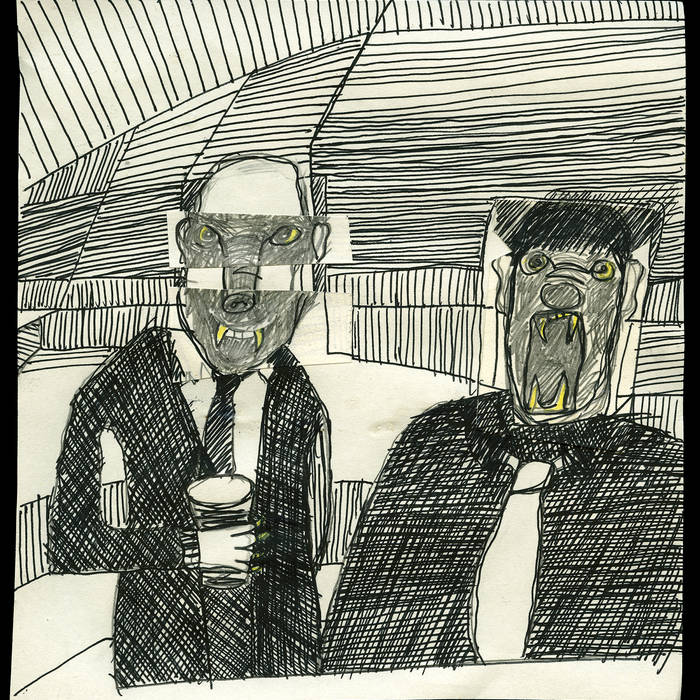 This entry was posted in groovy bastards..., Uncategorized and tagged biscuit mouth. Bookmark the permalink.