Posted on April 9, 2017 by marklosingtoday

Another generous side serving of free to download archive finds from the Bordellos, volume 6 as it happens of the ongoing ‘underground tapes’ series. As previously, a smattering of alternative cuts, radio sessions and forgotten demo takes make up this 4 track curio, perhaps their most distressed and wayward selection to date, the keynote track here being the WA12 radio session version of ‘fruitcakes and furry collors’ which i must say starts out with a nod to Radiohead’s ‘all i need’ before recalibrating its reference radar to the skewiff and docile electro freakery of Revolutionary Corps of Teenage Jesus somewhere in between going oddly off road and off radar in an acutely wired and wayward way. Fall fans however will do well to jump start their stylus to the happening sound of ‘Arthur Lowe’ where matters get very down beat-y funky in a Clinic doing Beefheart way. Elsewhere Persian Claws’ Dee Claw is hauled in for duet duties on the somewhat bruising lo-fi Sarah records sound-a-like ‘pretty rich girl’ while ‘king of the bedroom’ originally found appearing on their split ‘Kassette’ outing with Schizo Fun Addict, sounds evermore like an out of it, risky and seedy skiffle sounding Lonnie Donegan doing 10 Benson. https://bordellos.bandcamp.com/ 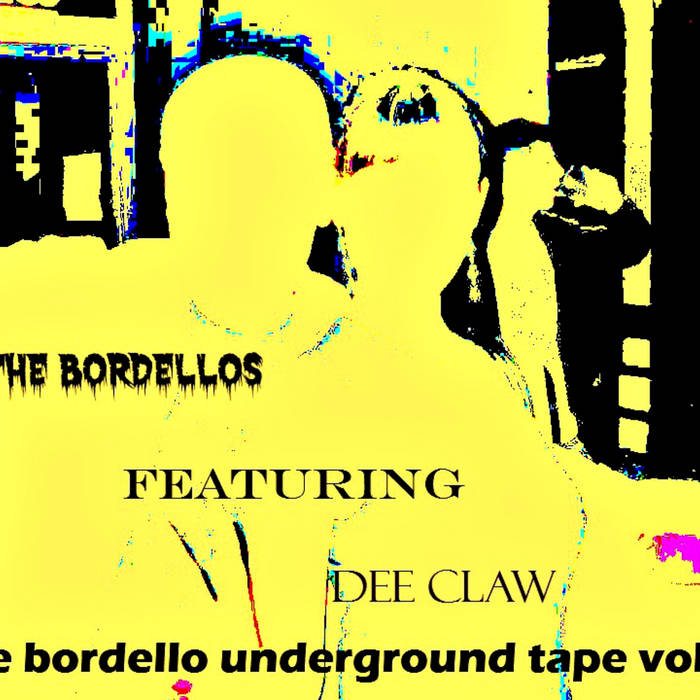