Word has it that this is off to the pressing plant after the Easter recess for a wax re-issue. This is the long out of print ‘example one’ debut from the Listening Center, originally available in limited numbers on cassette via this is care of, is shortly due for vinyl treatment via the polytechnic youth imprint, from that set we’ve opted for the simply arresting and dare we say aptly titled ‘main reading room’ – beautifully dreamy and turned in with a dash of Plone and ISAN to boot, there’s a misty eyed lost 70’s summers nostalgic woozily weaving amid its sonic coding, all sepia flavoured beach promenade dissipates and faded holiday postcards, a kind of monochrome musical photo album, quite touching. https://listeningcenter.bandcamp.com/track/main-reading-room

moving swiftly to more recent Listening Center happenings, sometime last year a limited edition cassette – 100 copies in circulation with poster to boot, found him collaborating with Paolo Javier as Fel Santos for a set entitled ‘aklopolis / ur’lyeh’ – this pairing finding poet Mr Javier reading extracts atop electronic soundscapes, now obviously too much gnashing of teeth this event somehow managed to sneak beneath our radar, it was a wonderfully disconnected union which the label described in its press release as ‘an exploratory assemblage of clangorous sounds and mysterious fragments of speech. Field recordings of a shadowy Filipino poet are the starting point for a darkened journey through an underworld of language and postcolonial haunting’. Several months on and listening center renews his acquaintance with Paolo Javier for what they refer to as a 17 minute ‘radiophonic sound poetry’ odyssey entitled ‘maybe the sweet honey pours’, a curious listening experience it should be said wherefrom an abstract notebook, streams of punctuated prose consciousness drift with a stark abrasively insular edginess to form a disorientating and somewhat disconnected relationship with the fluid flow of the silvery dream weaving analogue accents shimmering beneath, the effect very much recalling Duke St Workshop’s recent collaboration with Laurence R Harvey on ‘tales of HP Lovecraft’.  https://felsantos.bandcamp.com/track/maybe-the-sweet-honey-pours 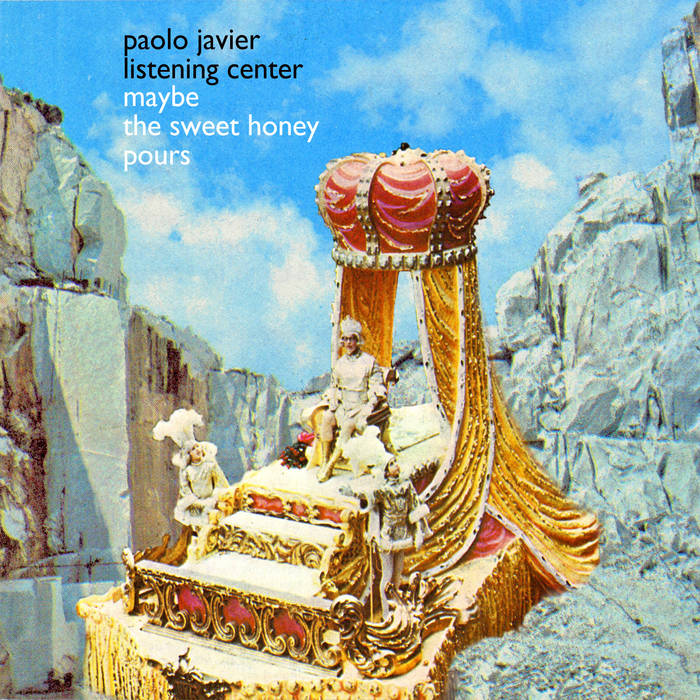