RSD17 exclusive from Silva Screen, the second of that essential ‘Quatermass and the Pit’ set selection, this one coming pressed on 10 inches of clear wax. A serious curio and something which, like its sibling ought to appeal to those Radiophonic enthusiasts / purists among you. ‘original electronic music cues’ as the title might give hint, gathers together six slabs of psychotronic eeriness, those familiar with the film itself will recall immediately these electronic arrangements being utilised in scenes whereupon the attempts to break into the sealed chamber of the unearthed space craft awaken residual long lain dormant telepathic occurrences reverberating through the craft itself, which once unleashed, create a state of frenzied panic and anarchy as the oppressive thought controlling attacks on the mind preside over to create a disturbing ‘cleansing’ of society. This release concentrates itself on Tristram Cary’s more futuristic creative phrasing to draw from a deeply isolationist and bleak sonic vision that draws a parallel to the clinical alien soundscapes created on his score for ‘the Daleks’. Time hasn’t weathered its oddness, heard in isolation like this 50 years on, it still sounds stark, brutal and cold not to mention chillingly ahead of the creative curve. 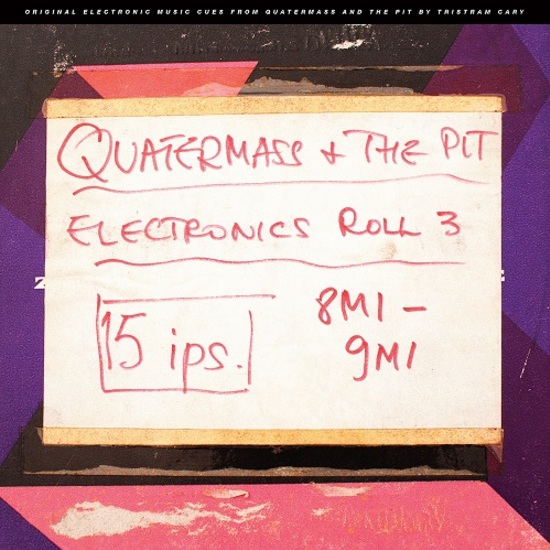 This entry was posted in groovy bastards..., Uncategorized and tagged quatermass and the pit, silva screen, tristramcary. Bookmark the permalink.