debuting outing for the fledgling Kent based imprint Sombre Soniks –  i’m guessing a clue as to where on the sonic spectrum we are heading is aptly hinted by the labels name – comes from the much admired around these here parts [owt kri]. Entitled ‘Psychological Warfare’ – the release features three eerily coiled sore thumbs, the opening cut, which initially caught our lobes, very much channels the bleakly spectral isolationist tonalities cultured of late by the Aetheric imprint for ‘if darkness was our friend’ arrives despaired and distanced in macabre micro lit mosaics formed of minimalist murmurs forged upon a shadowy séance like vibing unto which portals to strange worlds beyond are breached. ‘anticipating the future’ cuts a different sonic stance, as though caught in the vapour trail euphoric ascendance of the opening passage to Floyd’s ‘shine on you crazy diamond’, there’s poise and majesty afoot here as the droning swathes hiss and hum as though the purring sound of a hulking cosmic craft at rest, deeper down and the mesmeric influence takes hold emitting what can only be best described as a sense of a celestial visitation passing. ‘everywhere I see decay’ rounds matters to the end groove, a harrowing cinematic calling turned at once between something hymnally haloed and yet, similarly haunted and hopeless, an immense ghost light you suspect just lurking in the shadows awaiting some macabre and supernatural film to spook. The effect is tense, somewhat trippy with the pulsating silvery shimmer tones maddeningly gathered in hypnotic formations as though a ne’er do well dream machine burrowing deep to awaken long dormant primitive occurrences. Something we hasten to add, best explored in the cold light of day and filed next to your prized boring machines and revenant sea platters. https://sombresoniks.bandcamp.com/album/psychological-warfare 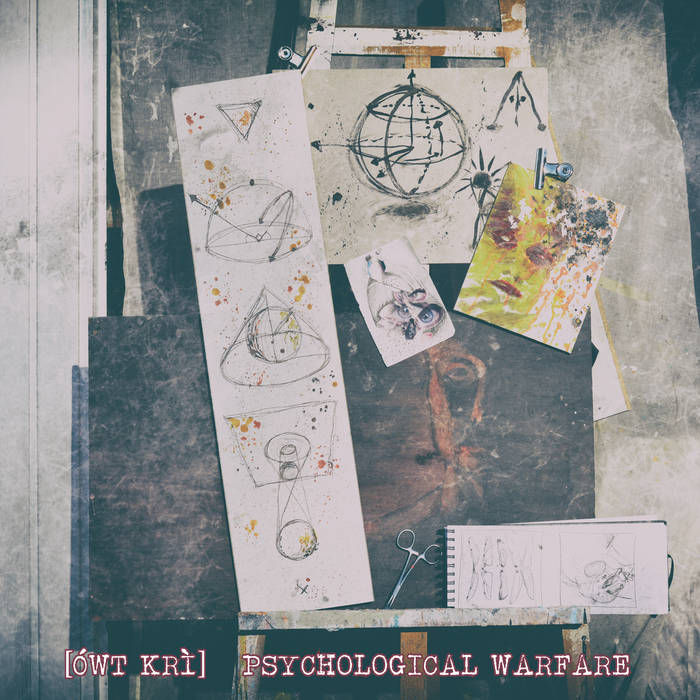