I’m a mite disappointed to say that the welcoming mat in our gaff wasn’t disturbed by the dropping of a 7-inch platter from Snails, sadly so limited in nature they flew the coup before we’d scarcely had time to send a well scripted begging letter. Alas we are at this moment consoling a rather distressed turntable whilst mournfully looking at the gap in the record collection we’d lovingly made up in readiness for its safe arrival. Enough of the upset, a new thing from Snails, loveliness aplenty wrapped up in a four track EP. Snails you may recall ventured out with a killer 7 inch some two years ago via the sadly at rest Great Pop Supplement, an album of limited pressing followed on Feral Child earlier this year, they all went in a blink. Bristol based, these shy eyed souls occupy and hark back to a sonic world of fragile simplicity, tailoring pop morsels intimately coded in wide eyed innocence. The sounds whilst not hitting you between the eyes with all the gusto of a wakening slap rather more nestle to quietly demur and draw you close with their prettified perfection, their hushed effervescence an echo to the hopes and diarised reflections hatched from indie bedrooms and pressed upon grooves of platters by the likes of such esteemed label souls as Sarah, Bus Stop and Summershine. Irrefutably twinkled in a folk framing, Snails bring to their musical picnic distant elements of a 60’s rush and the vague waft of kaleidoscopia, the former best served here by the brashly mod beat grooved strut of the parting ‘my fault’ seasoned aplenty in a cut you to the quick shimmering that had us fondly back in the slick psych gouged underworld of the Elephant 6 collective. Elsewhere there’s the soft psyche whimsy of the adorably crooked ‘dead star’ waltzing woozily sprayed in a wonky sunny radiance while ‘i’ll stay close’ weaves to a friskily mellowing carefree sunniness much recalling the tingling lo-fi charm of platters heading out at intermittent frequency from the matinee recordings sound house. That said, best by far here, the opening ‘starting with mine’ comes sumptuously grace fallen in the bitter sweet drizzle of the much missed Le Mans soured as it is and supported by the breeze swept forgotten arrangements of L’Augmentation whilst simultaneously subtly linking hands with the much adored Lake Ruth. Quite classy if you ask me.  https://snails.bandcamp.com/album/our-third-7-starting-with-mine-ep 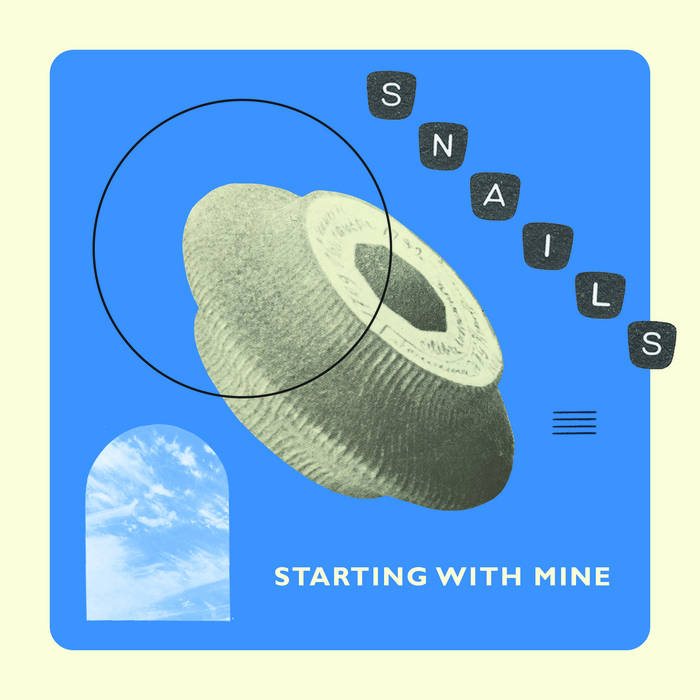 This entry was posted in groovy bastards..., Uncategorized and tagged snails, undergrowth records. Bookmark the permalink.