edinburgh of the seven seas

Staying with recordiau prin, fairly certain we haven’t as yet mentioned this ‘un, from Edinburgh Of The Seven Seas. This is ‘L’Âtre et l’enfant’ which arrives in various variants that include a super limited CD issue and an ever more-scarcer 10-inch wax pressing. The extra curricula work of Mudbath’s Florian Mallett, “L’âtre et l’enfant” quietly ghosts with the snaking sublime of Grails’ ‘doomsdayer’s holiday’ as though rewired and refracted under the influence of Jack Rose / John Fahey, at least that’s the case on the opening ‘Les Isolés’ where amid the shadowy psych flashings hints of a youthfully mercurial Porcupine Tree shimmying up to Archer Prewitt flicker and dissolve amid the grooving. Somewhere else there’s the tranquil and airily rustic scuffing of ‘La Bienveillance du Lieu’ unfurling itself from a sparse positioning to gently blossom into something both cinematically groomed and magisterial a la Roy Montgomery all the time drawn and trimmed in a softly turbulent framing. A youthful Yellow6 is called to mind during the wash of the silvery tones coursing throughout ‘Nuit Brune’ as it sparks and spars to a hollowing storm chasing eeriness while what may first pass for Billy Mahonie / Meets Guitar in its opening greetings, ‘Le Val Impénétrable’ soon resets itself to emerge delightfully tumbling, tripping and tracking a woozily dream draped psych tweaked pastoral path. https://recordiauprin.bandcamp.com/album/edinburgh-of-the-seven-seas-l-tre-et-lenfant 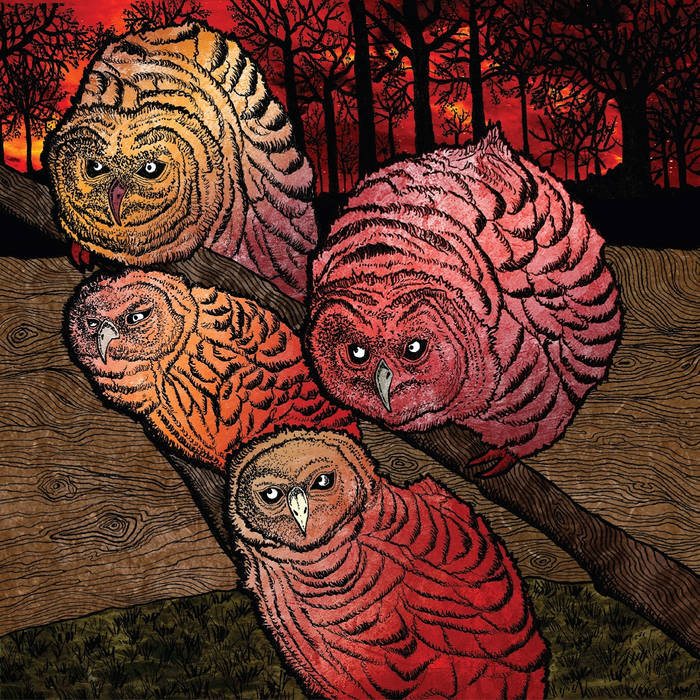 This entry was posted in Uncategorized and tagged edinburgh of the seven seas, recordiau prin. Bookmark the permalink.