Been a fair old while since we checked in on Brighton based cassette label third kind, must admit to being a tad taken by their latest offering from Nikmis who beyond his / her name, sadly we have little more information to add. That said ‘Widdendream’ is made of the stuff of silver age electronics, a waltzing symphonia trimmed in cosmic promenades and lunar fantasias whilst steeled on one hand in minimalist electronics mosaics with an eye for the neo classical. Irrefutably influenced by the quirky sonic seasoning of Raymond Scott with the post productive rubbing of a youthful Jean Michel Jarre, there’s something quaintly seaside fairground about ‘north side town’ as it crookedly waltzes to a lazy eyed sunny park bandstand brigade. ‘widdershins’ itself could easily have taken from an early Radiophonic rushes for some prepped up cult 70’s sci-fi TV show while the delightfully snoozing lullaby ‘the other side of the fence’ bears more than a passing nod to an ‘at bracken’ fortdax. Somewhere else there’s the ghost box-ian weezily chirping ‘tremendous house’ though on this oh so brief visit it was ‘Pseudolus’ that had our earlobes adoring, a wonderfully jubilant cortege that simply radiates good cheer whilst piped in sonic signatures that sit somewhere between Kingsland and Carlos. https://thirdkindrecords.bandcamp.com/album/widdendream 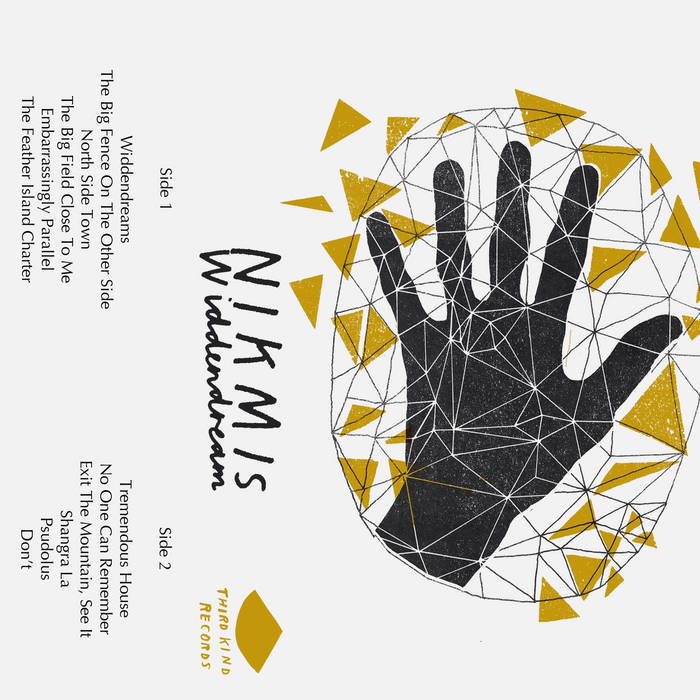 This entry was posted in groovy bastards..., Uncategorized and tagged nikmis, third kind. Bookmark the permalink.