Don’t be too surprised to see another mention for Wilder Gonzales Agreda cropping up soon, if not this missive, then very certainly the next. For now though here’s a new split release finding him sharing sound space with Brazil based Sinestesia Letárgica for a most enthralling set entitled ‘Odebrecht nos mostre tudo’. Featuring three tracks apiece, Sinestesia Letargica for their part craft sumptuously dream weaved oceanic flotillas of mind morphing ambience, these cosmic ghost lights aside serenading and softly lilting, court to a silky and silvery starry fashioning whose delicate whisper tones sound not unlike love notes transmitted across the celestial heavens from a point of origin long since lost and once a far-flung galactic outpost. Both ‘orion’ and ‘sirius’ are both sculptured in a sonic beauty and mystique that befits their mystery and legendary status, for both these harmonies of the spheres gracefully genuflect and arc with porcelain precision. However it’s the parting cut ‘cosmica’ that had us all agog, flirting in terrains recalling a somewhat subdued TVAM, a fixed point shimmer tone effervescently radiating upon a diviniely demurred carousel spraying bliss toning pulsars. Wil Volador on the otherhand, better known of course to the wider musical community as Wilder Gonzales Agreda, assumes a more minimalist toning to his half of the split, employing a glitchy technoid tonality, there’s a busyness that crackles and hiccups throughout ‘Chica’ that much recalls the insular radiophonic handiwork of Sonic Boom’s more out there moments whilst wearing his EAR hat, here binary body pops collide, bounce and ricochet amid a sea of circuitry chatter to shine a torch on a secret micro tech civilisation awake at play and at work while you sleep. The aptly titled ‘biosfera’ really does inhabit its own biospherical climate, as previously noted, this one delves deep into a vintage electronic age of whirrs, binary modulations and alien tech manipulations to craft a distinctly stark and eerie dystopian landscape populated in shadowy strains of mind altering kosmische. All said just when you were wondering what oddness might lie in store with the onset of the parting opus ‘Noguchi’, Mr Volander pulls out of his melodic hat something rather enchanting and hitherto elegiac, in short 8 minutes of ice carved fantasia amid whose thawing extravaganza oriental mosaics and ethnobeat rythms dreamily collide and coalesce to forge a wonderfully head tripping Reich-ish calypso. https://superspacerecords.bandcamp.com/album/odebrecht-nos-mostre-tudo 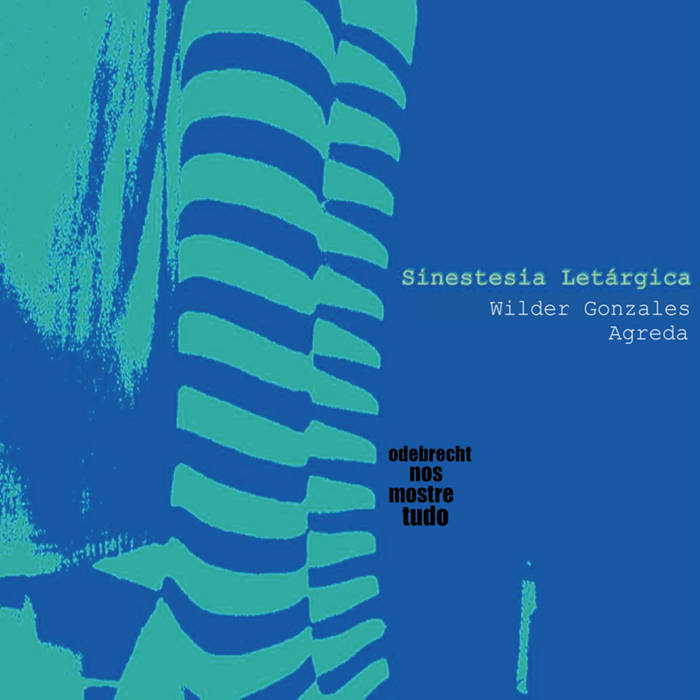