I could have sworn we’d mentioned this lot in passing and lo and behold we have, mind you ever so briefly somewhere here https://marklosingtoday.wordpress.com/2016/07/31/you-the-night-and-the-music/ which judging by the description we afforded it then, it seems we were much smitten by their wayward charm and impeccably erratic genre plucking pic n’ mix. However on this occasion, it’s Small Bear’s Phil that you can thank for bringing the latest from Jumble Hole Clough to our attention. The set be called ‘go and play quietly by yourself’, a collection coloured and stitched in the kind of fried and flippantly freak finery that’s apt at any given point to go seriously off road. In truth its pointless trying to box it up, the blighter as said earlier impishly cuts a skeddadled and smoking dash twisting styles and references into a kookily trippy mosaic which as you’ve probably noted with interest by way of the comments posted on his bandcamp page, can to different ears summon up a recalling of Beefheart, Zappa, Henry Cow and Fripp. That said such is the creative reach on evidence here, you might fancy adding Steve Hillage (try ‘what have you leant’ which unless do ears deceive has a Gong thing running amok throughout albeit here retooled by the Wizards of Twiddly and an in house studio gathering of Foolproof Project folk) and Vivian Stanshall (see ‘hot cross nuns’) to that hallowed list, for between the lunacy and warped n’ wonky musical motifs on show here, there are some certified nuggets, take for instance ‘jackal sequin song’ – starts with what sounds like a fiercesome power drill, it’s not by way, once the trippy carnival motifs fade, some seriously stoned out garage blues growls step to the fore, anyone mention the mighty Bevis Frond, hells teeth it’s so beatnik-y i’m growing a beard. Lets just say ‘st stephen’s bell’ is pure early career Clinic and leave it at that. Guess you’ll be hearing more from this classic of oddness in waiting in future missives, while ‘Santa’s swearing elves’ comes delightfully deranged in a wonderfully inside ov a butcher’s shop way that we feel obliged shortly to leave you while we go off in search of our prized Prolapse platters for favourable comparison. https://jumbleholeclough.bandcamp.com/album/go-and-play-quietly-by-yourself 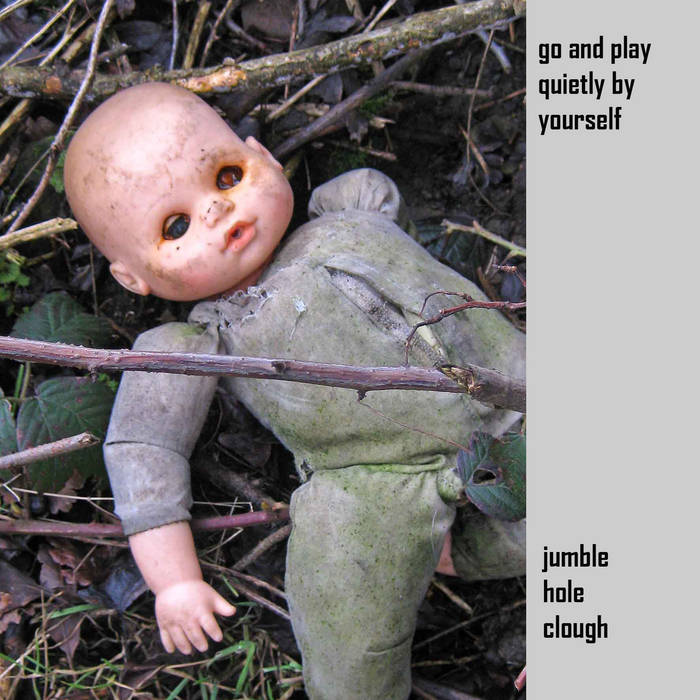 This entry was posted in groovy bastards..., Uncategorized and tagged jumble hole clough. Bookmark the permalink.