Posted on July 4, 2017 by marklosingtoday

expect more love to be heaped on this label later in the week, for now though our lobes where hooked upon this delightful 4 track / band head to head from Art is Hard records who’ve just started up a super limited subscription service that for your money gets you all manner of postcards, personalised notes, pins, stickers, trinkets, downloads, flexis – even a dinky little box to gather them all in at monthly intervals. Anyhow enough of the hard sell and to the sounds, admittedly the four track ‘the postcard club’ EP has been out a while, turn of the year as it happens, as said features four from the Art is Hard stable, opening to the softly slinky laid back tones of the Penelope Isles with ‘cut your hair’ which i must admit whose slyly countrified west coast wooziness and acute ear for the delayed effecting smoulder tuneage had us imagining some kind of secret mid way point hitherto unseen and linking a youthful Mercury Rev, Butterflies of Love and Homescience. Up next, Hot Shorts’ ‘metaphor for (something)’ sparks and fizzes all the time attached to a coolly purring motif that occasionally spikes up in all manner of strut buzzed loveliness to which admirers of the Velvet Crush et al may well find much to swoon about. Just edging matters in the affection stakes, Factory Seconds’ ‘caught in the layers’ is one of those rare pop moments that had Mr Peel still been around would have played to destruction thus ensuring it peaked the years legendary taste making Festive 50 votes tally, with that in mind we’ll just sum it up in one word – perfection. Rounding up matters on this brief visit, the Golden Dregs lead matters to the conclusive end groove with ‘Congratulations’ whose smokey toning would i be right in saying has something of the Robert Lloyd and the Four Seasons about its wits. https://artishardrecords.bandcamp.com/album/the-postcard-club-2 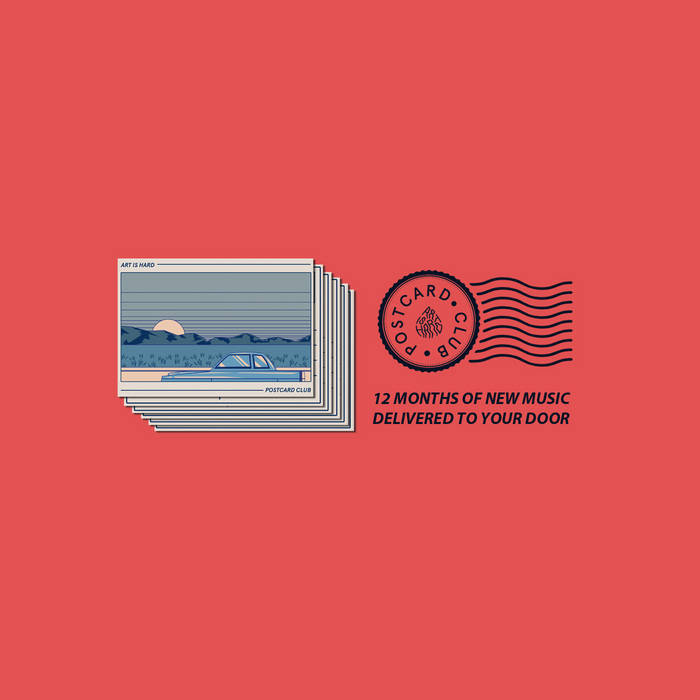