revolutionary army of the infant Jesus

Take my word, this will simply blow you away. Hard to imagine that this originally got released way back in the early 90’s via probe plus, now being given a limited vinyl outing via the occultation imprint. These are the Revolutionary Army of the infant Jesus with ‘mirror’ – an album not so much ahead of its time but quite simply out of time, for now we’ve honed in two tracks of rare classicist majesty – ‘thème de l’homme qui n’a pas cru en lui-même’ and ‘nativity’ – the former, traced in a vintage noir chic is simply put, framed with such rarefied dark elegance,its akin to a Holy Communion where dance and demur, a marriage of the celebrated symphonic scores of John Barry (‘Vendetta’) and Krzysztof Komeda ‘(Rosemary’s Baby’). A truly magical affair.  Proving to be a totally different kettle of fish, it might well be that the eerie desert dry foreboding atmospherics brought to bear by way of ‘nativity’ may well have predated the grooves opted for by both godspeed and grails by several years. More a spiritual visitation than a listening event. https://revolutionaryarmyoftheinfantjesus.bandcamp.com/album/mirror 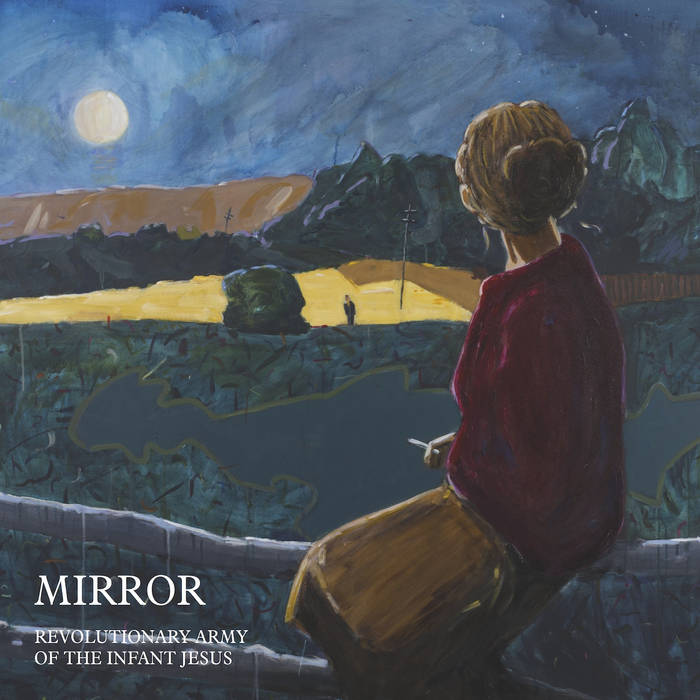 This entry was posted in groovy bastards..., Uncategorized and tagged occultation, revolutionary army of the infant Jesus. Bookmark the permalink.