We told you or should that be warned or perhaps threatened you, that we’d be back with further lone taxidermist groove, fear not their latest single is being prepped for later inclusion, for now though, they pop up on a rather essential cassette set being put out by the Anti Ghost Moon Ray folk who its been a while since we last mentioned. This tape release is aid of the excellent work being done by various charities through the nation and beyond, with all profits being donated accordingly, volume 1 gathered monies for the sterling work done by Médecins Sans Frontières. Volume 2 of ‘Annual General Meeting Record’ is a gathering of 14 cutting edge artists drawn from US, UK and Russian territories, us being typically time poor have honed in on just five selections guaranteed to adore your discerning listening ear, the first of which is by Rosemary’s a Blackberry who on ‘play or pay’ manage to create an affectionately amorphous and ethereal out of body flutterby swooned in ghostly whispers and mind morphing mosaics. I’m fairly certain we’ve featured I speak machine in earlier dispatches, crafted on what appears to be an airless platform, the ghost lit spectral ‘blood from a stone’ is seductively shadowed in an eerie noir phrasing which once passing through its initial entrance soon assumes an ice cold dance trembled in folk toned mysterios etched in entrancing sinister sophisticated apparitions. Those of you preferring your listening space seduced in elegiac hymnal kisses might do well to hook up to ‘these lands’ by Anneka, a heavenly visitation softly swooned and adored the otherworldly embrace of cascading chorals while Nick Sutton’’s ‘prayer’ rounds out matters, as the title might initially suggest or give rise to hint, a celestial visitation is upon you bathing you in a brilliantine radiance as the slo-mo curvatures of the symphonic arcs softly arrest and serenade to provide a dream toned masterclass in compositional control and discipline. Lest we forget, that aforementioned Lone Taxidermist cut, ‘red kiss’ be its name, from what sounds initially like some orgasmic ritual emerges a most delightful sonic sore thumb whose ancestral reach nods to the Slits and the Au Pairs, yet whose creative crookedness and impishness finds its parental line much owing to …and the native hipsters and the lemon kittens…. https://antighostmoonray.bandcamp.com/album/annual-general-meeting-record-vol-2 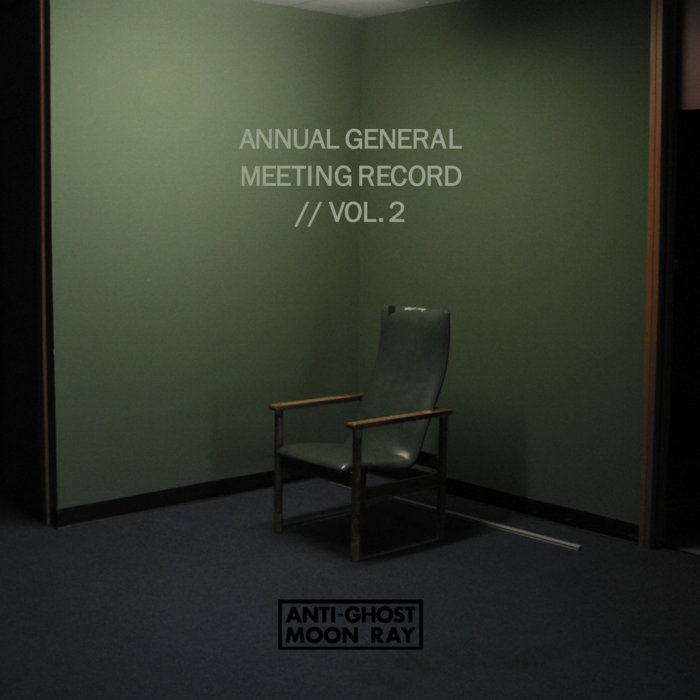