Posted on August 3, 2017 by marklosingtoday

Many thanks to the folk over at Sonic Entrails for sending out copies of their latest release, the dare i say epic and handsomely packaged ‘the Doxey Boggart Original Soundtrack’. Mentioned in passing a few weeks ago, this set comprises of 2 x CD’s and a DVD all parcelled up in a handstamped envelope that includes a Polaroid and some bog grass. Only 100 of these pressed up, our copy – for the note takers among you – #14/100. A multi media document centring around the legend of the Doxey Boggart, a malevolent creature thought to lurk in the Boxey marshes prowling for local town folk to  steal. The DVD part of the release, features in the main location footage that explores the history of the legend, various related folklore to do with superstition, sacrifice and the whole mythology surrounding marshlands and the long-held beliefs that these serve as portals or gateways to other dimensions. It’s all very eerie stuff, the location itself lending perfectly to the tension and macabre ushered forth by its remoteness, harsh bleak beauty and detachment. During the course of the filming strange occurrences manifest – a mother and daughter going missing at the same time the team are making field recordings themselves later to be discovered, the subject of mysterious sonic manifestations,coincidence perhaps, in the end all’s well, the mother and daughter, its discovered, weren’t missing after all, and the sound recordings though eerily enhanced, are simply put down to the environment and some hitherto natural source picked up and twisted or fused with the dronal mosaics by the recorder. As to the sounds, stretched across two discs, the soundtrack comprises of fifteen sinister suites that encapsulate perfectly that sense of isolation and unseen dread offered up by the wilderness of the marshlands, which even in daylight seem to create both their own atmosphere and environment. As you can imagine the common theme running here is one of nightmarish foreboding with the elements playing a key role in the creative inspiration. With that in mind, similarities are drawn to Stylus’ excellent  ‘The Last Seaweed Collecting Hut At Freshwater West’ and ‘Skomargraph’ sets from a few years back via the much missed Ochre imprint (see From The Bogs Of Aughiska), for both share that sense of raw eerie magic as though you’re entering a secretly mysterious place far from the interference by modernism. Agreed not as bleak and foreboding as those sounds that have haunted our listening space courtesy of the Aetheric imprint (that said Whote’s ‘the distant field’ may have you thinking otherwise), yet something that ought to tick the ‘hauntologist’ boxes of those subscribing to the regular rural reports emanating from the A Year in the Country collective, as said 15 tracks lurk with ominous glee here, Autoclav 1.1 opening proceedings in truly nightmarish detachment with the chilling ‘peaks’ – a spectral ghost light weaved of flickering apparitions pressing upon the listener an inescapable sense of stilled dread, a perfect entrance that sets the atmospheric tone exquisitely, for here amid these drone suites and between their somewhat doomy macabre, invisible energies and the hum of dimensional breaches between realities both real and supernatural collide to portray a psycheographical map of the area that by night assumes a more mythical, more eerie and readily more unfamiliar landscape to its serenely calming beauty by daylight with the pychotronic pulsars emitting a curiously malevolent fog that casts its cloak across the marshy wastelands. So here be archaic utterings, the summoning of legendary beasts (John E Smoke’s frequent incantations), the timeless groan of lands left wild for generations, all soundtracked to a haunting symphonia that casts shapes from shadows in the mind’s eye, the howling wake within Satan’s Bee Keeper’s ‘the Doxey Boggart’ – an unwitting centrepiece here, is scorched upon white-hot shards of sky siren feedback vapours a marked contrast to the shimmering disquiet that greets the appearance of Raxii4’s brooding ‘160317’ . that said rarely does this dark harvesting get as intensely isolated as on ‘gakidama’ by Theresia, ghostly whispers invade its terrain making this a true from behind the sofa viewing which all leaves John 3:16 holding the odd man out stick ushering everyone back out through the exit gate with the parting and typically overcasting ‘appolyon’. https://sonicentrails.bandcamp.com/album/the-doxey-boggart-original- 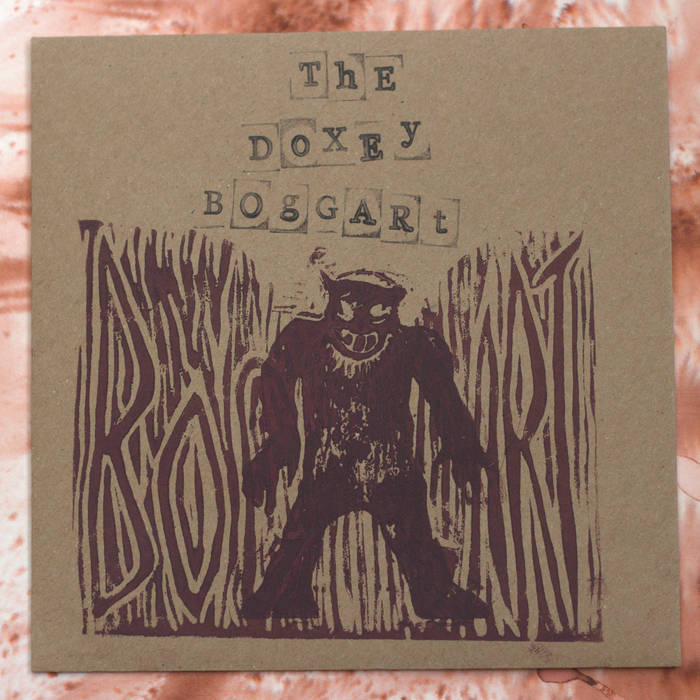 This entry was posted in groovy bastards..., Uncategorized and tagged sonic entrails, the doxey boggart. Bookmark the permalink.