Posted on August 4, 2017 by marklosingtoday

…..and back with Sonic Entrails for a spot of oddness courtesy of the ‘Music Composed For ‘Crispy’s Curse’ soundtrack. You might recall us mentioning this a little while back, well the film at least, due for release / screening sometime this month we believe, all centres around a creepy clown by the name Crispy, the CD on limited release even comes packaged with its own fuzzy felt clown nose. Very creepy i hear you cry. The soundtrack, made up of macabre incidental moments stretches to some 35 tracks, for now, we’ve hooked our ears upon just two tracks, the longest ‘tears of fear’ and the parting shot ‘lulla bye’. Both deeply disturbing, not quite sure what’s going on within the former, but i suggest those of you with a fear of dentist chairs with particular reference to drills might want to look away and press frantically on the skip option for this takes you beyond the veil into terrains lurking deep in the primitive subconscious. Of course, this being a Sonic Entrails artefact, anything purporting to call itself ‘lulla bye’ even forgiving for the playful spelling twist, is going to be anything but a charming walk into kindergarten dreamworlds, instead this is bloated and fractured in the eerie all the time blurring the dread with the hopelessness, all in all something we suggest, not for the faint of heart. https://sonicentrails.bandcamp.com/album/music-composed-for-crispys-curse 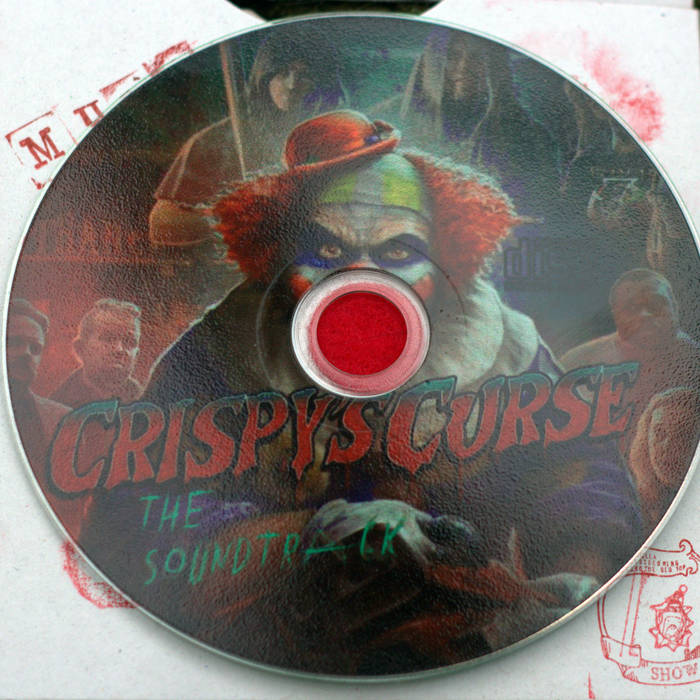