the doomed bird of providence

Many apologies to Justin over at Front and Follow who must think we’ve been ignoring him of late. On the contrary, a slight mislaid release in the pile of CD’s is currently being sought, so while we are rummaging around, a brief teaser, well I say brief for this a sub twenty-minute teaser tasting of immense-ness to come in the shape of the doomed bird of providence. Its been a while since they last troubled our listening space but its safe to say that if the epic soundings of ‘burrowed into the soft sky’ is anything to judge by then this should feature quite highly among the selections when the time to cobble end of the year lists is upon us. As said a twenty-minute odyssey is afoot, at once graceful and alluring between moments of impacting turbulence and dream draped tenderness, the doomed birds folk craft a mystic folk collage that sumptuously rises and falls from moments of divine spell craft embraced and dove tailed amid swirling tides of crushing atmospheric acuteness which at times has you imagining yourself at the entrance gates of some secret twilight safe place remote of a maddening and needy modern world outside. For here the dappling of far eastern / Australasian mosaics with the briefest rubbing of sweetly hushed Gallic pastorals collectively conspire to fill a sonic canvas in an expressive lushness both beguiling and transfixing which occasionally throughout its duration embraces moments stirred in an ominous shadow falling portent. Should references be needed, then it recalls classic outings that have graced such noted imprints as Fat Cat, Constellation and Kranky in recent memory ultimately drawing to mind both Set Fire to Flames and Godspeed albeit as though the latter had seen fit to embark on a hitherto spiritual retreat in the deepest wilderness of Tibet. https://fandf.bandcamp.com/album/burrowed-into-the-soft-sky 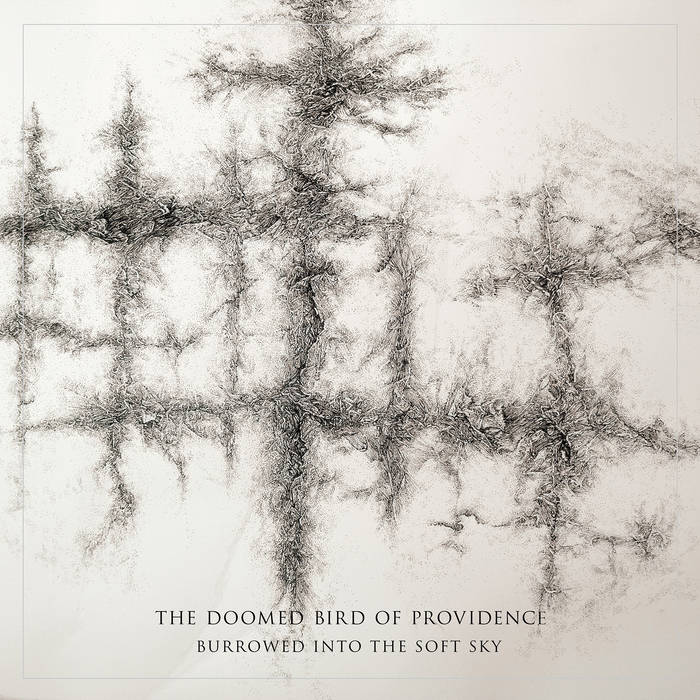 This entry was posted in groovy bastards..., Uncategorized and tagged front and follow, THE DOOMED BIRD OF PROVIDENCE. Bookmark the permalink.