the eyes and the mistoids

Posted on August 14, 2017 by marklosingtoday

be honest, with a description like ‘flaming lips meets mastodon doing war of the worlds’ did you honestly think for a second that i was going to pass up on this. That the set features a guest appearance by a certain Stephen James Buckley who many of you might know or recognise better as Polypores only adds to its essential listening nature. This be ‘Mecha’ by the eyes and the mistoids, the work of Lancashire based prog head Stuart Smythe, a sci-fi opera of sorts that sounds as though its been time tripped from the mid 70’s which before you all start fearing the onset of forming beards from the listening of, lets just say, leaving the obvious prog-ian detours aside  – see ‘the battle for the skies’ much reminiscent i must admit of thumpermonkey, this is as barking as it is wigged out. A cybrotronic nightmare dreaded in dystopian visions, the soundtrack tripping a futuristic wasteland smoked in a positive cornucopia of sonic tapestries which for the best part, as revealed on both the opener ‘the robot’ and the parting ‘the robot’s message’ shed hints of a youthful Porcupine Tree while elsewhere ‘the battle for the harbour’ is pure Sabbathian bad ass. All said its not all apocalyptic doom, with it flurries of neo classical keys ‘the ascension to the consciousness’ and assumes a curious sore thumb footing, a calm before the storm, ghosted with a sepia framed vintage that sounds as though its just stepped from a silver age black and white movie while  Polypores himself, makes a brief appearance applying the synth squiggles to the fracturing noir tweaked ‘the ghost in the machine’. https://theeyesandthemistoids.bandcamp.com/album/mecha 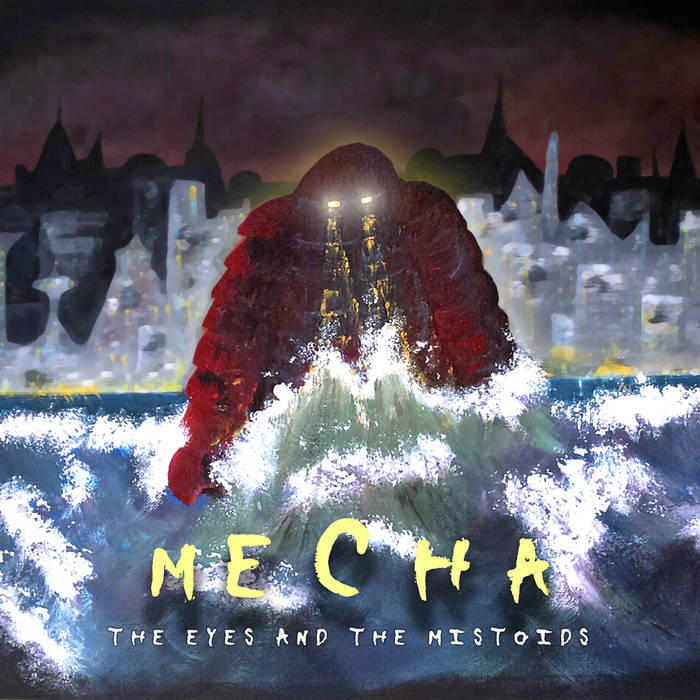 This entry was posted in groovy bastards..., Uncategorized and tagged the eyes and the mistoids. Bookmark the permalink.