Posted on August 23, 2017 by marklosingtoday

Been a long while since anything from kitchen leg records came a calling to set our listening space in states of disarray. This is the charmingly named Razor Cuts, a duo who obviously delight in the discordant, the deranged and the quite damaged. ‘Nature’s pocket’ is a sumptuously skewed if not schizoid eleven track art bombed freak out, the kind of thing that ought to appeal to the Sonic Youth admiring folk among you. Both frenetic, barking and wayward, Razor Cunts occupy a frayed lo-fi post everything space that nods, as the press release rightly notes, to the Raincoats, the Slits. Au Pairs et al with a side serving of L7 for good measure. That said it’s clear they are under the influence of …and the native hipsters for here, amid the little in jokes and goonish tomfoolery, are found moments of disquieting genius as served for instance on the frenetically wired wood crafted noir psychosis of ‘justin time’ and the sinister stare of the shadow scratching ‘nightmares’. That said there’s more than enough scab picking squirrelling amid the choking hysteria of the poke in the eye jabbing like ‘turpentine’ to suggest times spent pouring obsessively over the grooves of Sonic Youth’s ‘Goo’ until they’d near worn through with repeat play. In terms of favourite moments, there’s the no can do wrong dumbed down and damaged kicking applied to their REM’s ‘it’s the end of the world’ styled ‘die die die’ and the angularly wayward ‘telephone’ to contend with, the latter forming a curious kinship with Deux Furieuses. https://kitchenlegrecordsberlin.bandcamp.com/album/razor-cunts-natures-pocket 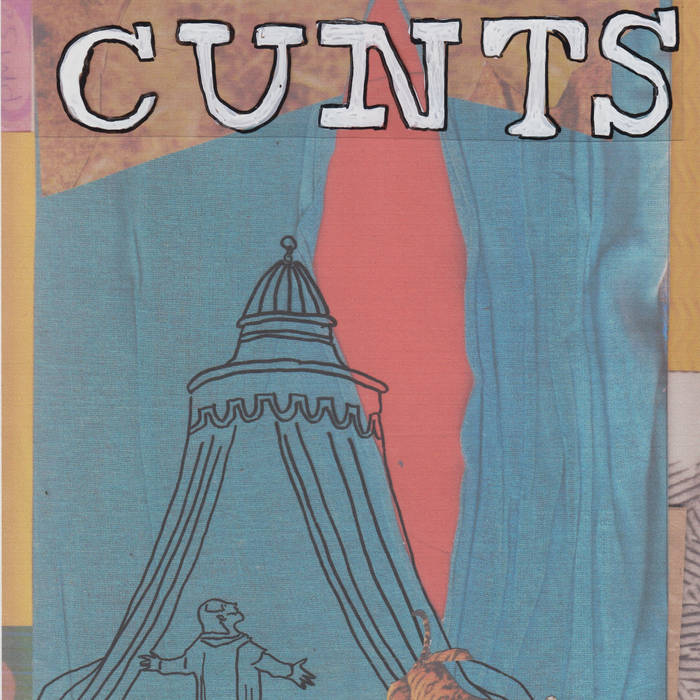