Slightly disconcerting to find that the fourth compilation from the esteemed Soft Bodies collective will in fact, be the last. Very ominous and hopefully not a hint that the label might be drawing to a close. More heartening news is that it provides, perhaps their best window shopping showcase of the rarefied and eclectic talent that orbit the imprints spectrum. ‘Soft Bodies bleed out’ is a twelve gathering of the strange, the retro and the sometimes quirky, it’s a set that is bookended by two tracks from the very much admired Quimper, the first of which ‘gentle souls’ finds her sharing a close kinship with both Faten Kanaan and Delia Derbyshire whilst daubing the listening space in a sepia flavoured frost spun eerie enchantment, something which I’m much minded to add is missing some surreally weird eye 70’s television show of its own with which to adorn. Creepier still is the aptly titled ‘byebye’ which closes the set, a lullaby that’s more likely to have you shivering with fright beneath the bed blankets with one eye cautiously wide open in dread fear rather than lulled sweetly adrift, I suspect a degree of Villa9 listening has been the root cause. Those remembering lost labels such as bad jazz and liquefaction not to mention those rather wonderful bedroom ambience compilations heading out of the enraptured sound house, may well warm to the purring tones of the brief visitation that is Opendoor’s ‘angelic’ which unless do deceive had us much minded of the demurring cosmic vibes once upon a time scratched onto wax by Landshipping. Next up, Soft Bodies firm favourites, the Cleaners from Venus stump up ‘lunatic lantern’ – three and a half minutes of tastily trimmed psych tweaked power pop, part dB’s and the Blue Aeroplanes hot washed with the Luck of Eden Hall, what’s not to adore. Previously unknown to us, Night Heron’s ‘3am’ is something of a mellowing slice of seafaring dream drift, the kind of thing you might expect to find tucked up on the flip side of some working for a nuclear free city happening, all gorgeously lazy eyed and trippily tranquil. Ah, Midwich Youth Club, who we don’t mind admitting to loving to bits and who were meant to be at an end until complaints and much tears had Mr Murphy rethinking matters and dusting down the moth balls to rename them open brand, its gets all very confusing. Anyhow I think I’ve read somewhere that this was meant to have been the last MYC track ever, ‘time to get things done’ has a certain early 80’s children television quiz show kookiness about it, all busy and bright-eyed n’ somewhat pop perky, wide collared and shiny, think New Musik going all Jean Michel Jarre ‘Equinoxe’ like towards the end. Talking of listening loves around these here parts, even the most casual visitors to these pages will be all too aware of our affection for Wizards Tell Lies, recently celebrating their / his 10th anniversary, ‘The Roestenberg Statement’ looms through the twilight mists flanked to the left by Add N to X whilst to the right, the Assembled Minds, for what is a ghostly occurrence of unearthly delight. Those fancying their sounds metered in murmuring mosaics that sound like far away celestial carousels might do well to hook up to Jodie Lowther’s adorably bruised and somewhat lonesome ‘the butterfly is ending’ for what is a daintily fragile ice sculptured wallowing waltz. The excellent named Squadron Scramble turn in ‘F302’ though not before seductively spraying your listening space in irresistible swathes of radiant kraut kooled after glows very much shaped in the future / retro vintage of Fly. The mere mention of the name Petunia-Liebling MacPumpkin ought to be enough to forewarn of the strangeness and weirdness to come. 2012’s multi media event ‘fish drive edsels’ was and still is perhaps, one of the strangest releases to have veered into our sound space, at once awkward, absurdist and acutely amorphous, it was similarly childlike, enchanted and screwball, something akin to an acid themed reimagining of Wizard of Oz done by the Residents with an overtly worrying vegetable obsession. Happy to say the medication is kicking in for ‘Monosaccharide Inducer’ is by her standards quite normal and more pop moulded, mind you we are measuring the notions of normal and pop solely on her previous output, judged against other folk, it still sounds bizarrely wayward, off centre and delightfully of another world. I’m certain we’ve had the pleasure of Panamint Manse in previous missives one time or another, ‘rock paint’ has something of the Pye Corner Audio folk about its wares as it sumptuously slipstreams into the kind of terrains occupied by the likes of polypores and listening center, more romantically arrested in terms of sound, atmosphere and vibe, a nocturnal orbital love note, very Isan meets La Dusseldorf if you ask me. Last for this final Soft Bodies compilation, in these days of Trump tantrums and the increasingly fragile nature of simmering hostilities in the world today that in turn bring with them the returning spectre of some cataclysmic nuclear event to cast its shadow over the globe, Carya Amara’s ‘Object of Revulsion’ is a cautionary reminder of the apocalyptic dread towards which we teeter precariously, this is cold techno forged in the despairing gloom of Biosphere’s more chill toned back catalogue all relocated and force-fed through the blank unblinking eye of 70 Gwen Party, nightmarish though nevertheless effective stuff. https://softbodies.bandcamp.com/album/soft-bodies-bleed-out 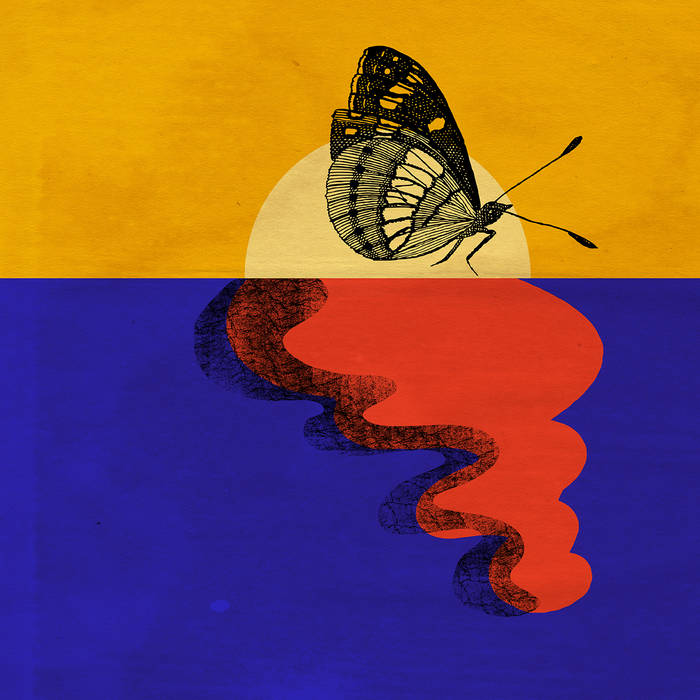