Posted on August 31, 2017 by marklosingtoday

Again, another release deserving of a quiet spot with which to appreciate its close fractured atmospheric beauty. Just out via somewhere cold records, the final instalment of a trilogy of releases by the Corrupting Sea sees a limited issue of ‘symphony of a radical’ – a set which even by its authors own description is ‘fraught with moments of darkness and despair but not without an underlying hope’. Hell’s teeth he was kidding, for here beneath the growling sigh of overcasting clouds, there’s a bleakening beauty that’s framed and poised here, the familiar tropes expressed on both ‘Samatta’ and ‘Resist’ are still in attendance, all finitely scalped in a sparse majesty that weaves and veers to a hypnotic palette appreciably schooled in the ways of a youthful Kranky back catalogue and the late 80’s New Zealand noise scene, in fact if we didn’t know better we’d have surmised that ‘may I speak frankly? Fuck off good Sir!’ was a prime career forgotten Godspeed salvo featuring a guest appearance by Bruce Russell. It’s not so much that ‘symphony of a radical’ is, as the author puts it, dark and despairing’, rather more it’s thoughtful, reflective and remote, the salty burn from the oceanic opine of ‘plague of golden locusts’ and ‘intro’ being two prime examples, the former adrift and lost in the moment draws parallels to the sonic work board of Flying Saucer Attack, a solemn seafaring ghost light with the former tonally wrestled in the merest of minimalist flashings, its noir murmurings forging an acute kinship with both Yellow6 and Gnac (the effect is revisited and explored again in a more cinematic reading on ‘the refuge’). Elsewhere, there’s something touchingly hymnal and reverential about ‘my head is full of facts and dangerous’, its quietly statuesque and shy like drift scaped harmonic song radiating like search light sirens through the dense thick fog. Similarly ghosted in celestial shimmer tones, the mellowing passing apparition like ‘wake sleep’ is tenderly sculptured and subdued in snow frosted ethereal haloes, which leaves the epic 12 minute ‘the exit’ to steer matters towards the end groove though not before ominously fixing you with its dead eyed stare whilst culturing a bruised and damaged slice of spy noir solace which into the bargain crafts something of a masterclass in the execution and delivery of poise, atmosphere and stilled, albeit fractured, elegance. https://thecorruptingsea1.bandcamp.com/album/symphony-of-a-radical 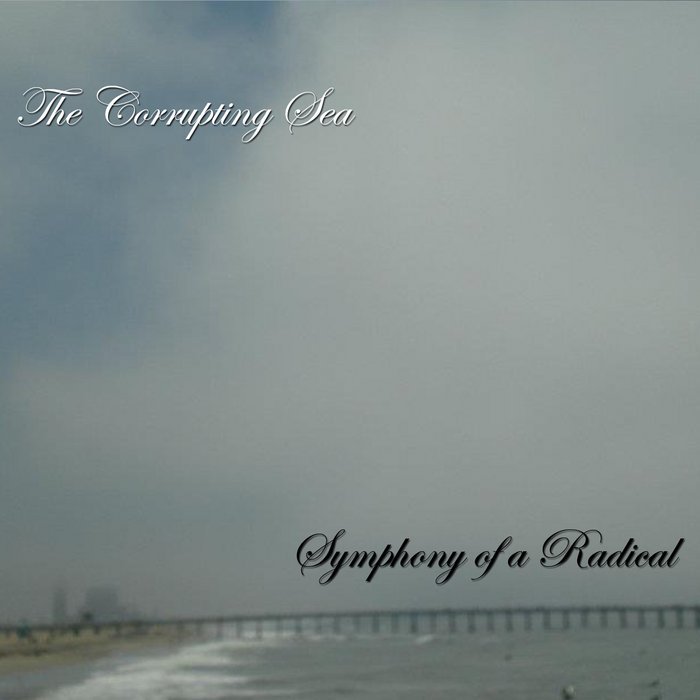 This entry was posted in groovy bastards..., Uncategorized and tagged somewhere cold, the corrupting sea. Bookmark the permalink.