the fellowship of hallucinatory voyagers

Posted on August 31, 2017 by marklosingtoday

Immense, immaculate and deeply immersive, an album that requires your full undivided attention, best experienced through headphones in so much that way you can shut out the outside world and fall deep into its dream like oceans. This is the debuting solo / off shoot event of Pete Sendelica know as the fellowship of the hallucinatory voyagers. Entitled ‘this is no wilderness’ and spread across five interlocking suites, it’s a mammoth and vividly colourful odyssey far removed from the usual Sendelica beardiness, reaching far into inner space, this serenely dappled paradise is awash in astral textures, at times an imagining of a Floyd in slo-mo having shifted to the next layer of consciousness. Accompanied by a stellar cast that includes Marc Swordfish, Colin Consterdine, Lindsay Smith, Lee Relfe, Lisa Button and Virginia Tate, ‘this is no wilderness’ is a revelation in terms of a sensory experience, recent listening happenings from Earthling Society and Cranium Pie have achieved similar adventures in sound, we should mention the more ambient arm of Ozric Tentacles at this point as well, however this set takes that level to a more spiritual, say more attuned to the elements, nature and self-awareness than those mentioned, in so doing setting it on a path rarely explored with more sensitivity, detail or design since those legendary mid-70’s visitations by Embryo. The key byword afoot here it seems, is less is more, with its unfussed varnishing and the merest of detailing, a free flowing and free-spirited fluidity is drawn to the fore, from the moment the hazy fog that greets ‘moonlit moorings’ clears and the waking overture of bird chorus’ and the neo classicist tethering descend and coalesce to form a sense making picture, you become immediately aware that you’ve left wherever behind, swapping it for a place touched in sensurround tranquillity. Disembodied voices add narrative to this dream like voyage, the sounds lush and orchestral dissipate between pastoral flurries and woozy flotillas of cosmic airiness, the landscapes dissolve in shape shifting formations smothering and moulding around you almost pre-natal and womb like. Tripped in crystalline ripples, ‘Lindsay’s yellow house’ is as eerie and mysterious as it is enchanting and magical, a ghost like spectral sonic vision fuelled on dream drift vapour trails. ‘the persistent rower’ all said the best thing here, is graced with a gravitas that’s speared upon a primitive earth song that’s daubed in a timeless tongue that’s equal parts monastic chorals, dronal mantras and tribal tonalities. It’s only when the parting colossus that is ‘taith yr afon teifi’ rears into view to draw the set to a close, that the Sendelica influence manifests and even then, its crafted in a superbly mesmeric dub doused cosmically flighted motif that owes much to the involvement of Astralasia’s Marc Swordfish. Stunning in a word.  https://sendelica.bandcamp.com/album/the-fellowship-of-hallucinatory-voyagers-this-is-no-wilderness 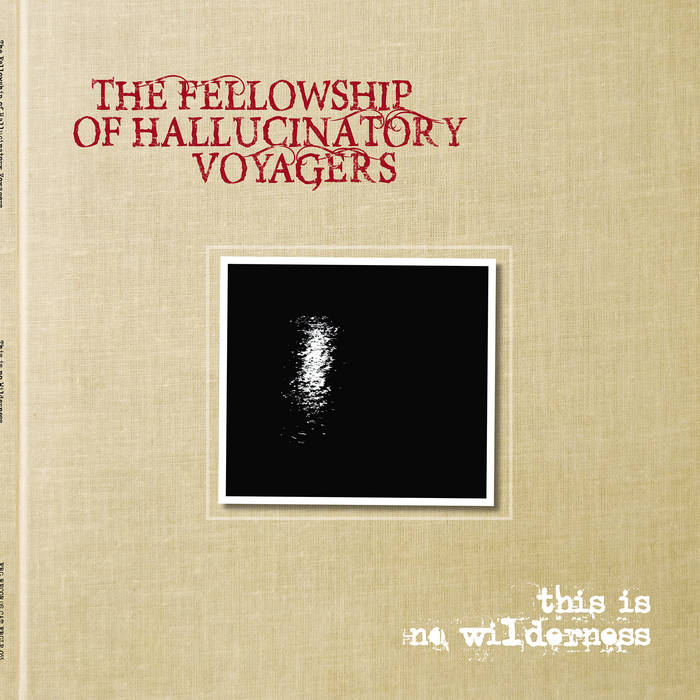 This entry was posted in groovy bastards..., Uncategorized and tagged the fellowship of hallucinatory voyagers. Bookmark the permalink.