Posted on September 3, 2017 by marklosingtoday

I find it a tad disconcerting and something of an oversight on our behalf, that thus far, the work of Sexton Ming hasn’t seen fit to trouble these pages. Aside cobbling out the kind of weird ear kitsch funk, bizarre music hall mosaics and impish twisted lunacy that might have found safe haven on the Frank and Wobbly Sons imprint many a year ago and Soft Bodies, now I come to think of it, Sexton Ming – or to give him his rightful birth name Anthony S Davis, delights in puzzling, perplexing and parading his peculiar palette to, I guess, a stoned out listening community just a tad sick to the back teeth of the kind of formulated nondescript pop pap that’s rotting the minds of a generation mindlessly following the major label pied piper. The ‘inevitable stupid’ OST is his forthcoming opus, a set that refuses to sit down and settle, instead preferring to jump up and down excitedly buffuddling not only you but itself with its broad range of musical ghosts. Here there be the spectre of Buddy Holly – well loosely – patrolling through ‘Toby Jugg theme’, some whacked out mocked up 70’s judo-ploitation grooviness on the insanely daft ‘punch up music’ – hello Gary Wilson, ‘johnny spratt theme’ very Suicide – ish, super Nintendo hijinks via ‘cut his face’, inebriated ducks on ‘the duck song’ and the paranoiac night terror of ‘I have the body of a pig’. Fear not there are moments of lucidity lurking here, the sweetly mellowed dream drift scape that is ‘Apifanny’ and the superbly super chilled trance toned seafarer ‘they knew i was the one’ the later though ghosted by an eerie communication at its fall. All quite bizarre. The set is heading out on mordant music in a limited edition pressing of lathe 7’s hand cut by those 345rpm dudes – 5 in all to collect, each featuring selected cuts from the album. https://anthonysdavis.bandcamp.com/album/inevitable-stupid-ost 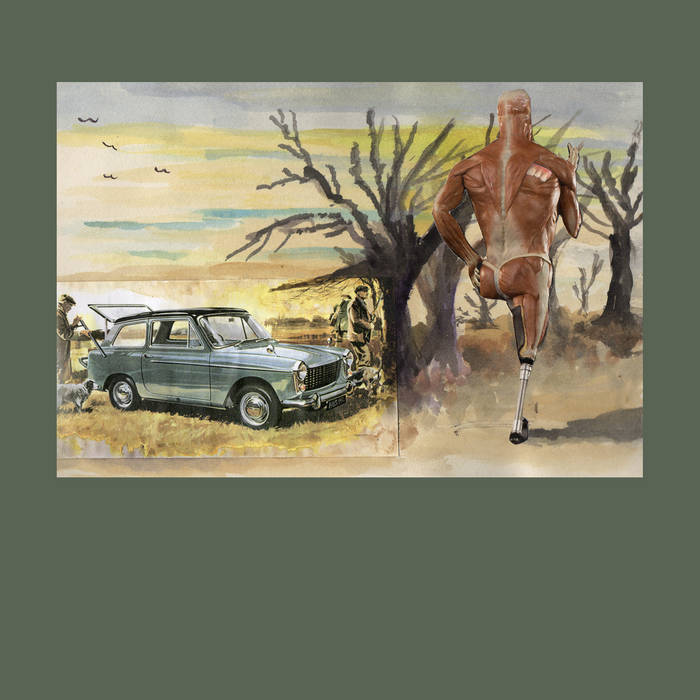