Posted on September 10, 2017 by marklosingtoday

We’ve struggled to find as perfect a way to open this Sunday account that this, a track lifted from the latest set to escape the Californian based Time Released Sound & Time Sensitive Materials sound house. By Morgen Wurde, this is ‘forgiveness’ from a rather exquisitely intimate reading entitled ‘Assassinous Act’. As ever strictly limited in nature and available in two variants, the standard CD version in a 100 only edition and the deluxe art set – just 50 of those. By way of a little background here, the label describes the release thus, ‘the thirteen tracks here take us through the conception of the crime, to the actual acting out of it, and beyond to a final redemption and reckoning of sorts. With his two “accomplices”, Maria Estrella Aggabao and Georges-Emmanuel Schneider, he has indeed provided us with a fitting soundscape to this evocative release!’. As said it’s ‘forgiveness’ that’s somewhat held our hearts a siege, divinely demurred, action and consequence are engaged in deliberation, both squaring on opposing sides, between them weighing the scales, reflection. Its counsel casting a moment of peaceful consideration, the effect ethereal approaching celestial and unworldly, is sighed by the mesmeric murmur of serenely spectral dream draped overtures and hymnal gracefalls, as beautifully poised, classically caressed and crafted not to mention, spiritually attuned as you’ll hope to find outside of the Dead Can Dance canon.  https://timereleasedsound.bandcamp.com/album/assassinous-act 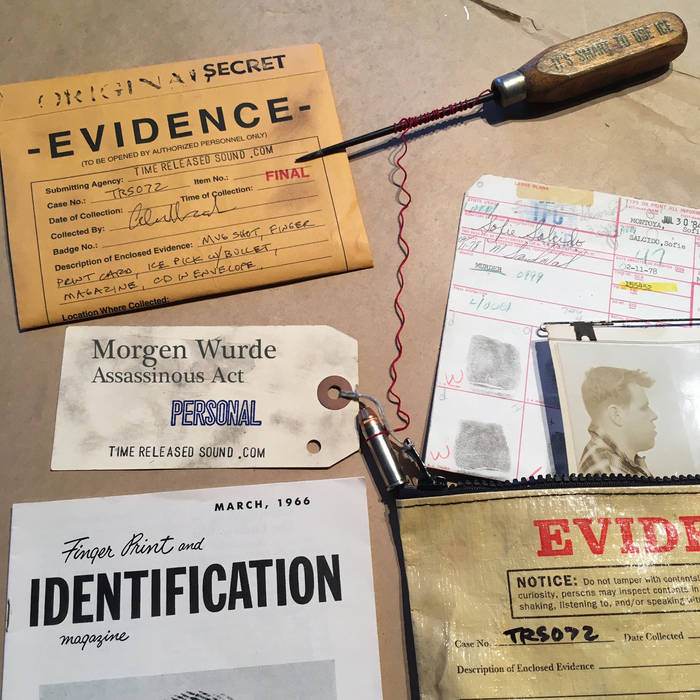