Posted on September 12, 2017 by marklosingtoday

….and back with Emotional Response, yes, I know we’ve featured them enough already, but they do have a rather dandyish ear candy release roster going on at the moment, so who could blame me. Anyway this is the one that we mentioned in earlier dispatches and got somewhat muddled with who was doing what – see here he days embarrassingly https://marklosingtoday.wordpress.com/2017/09/10/terry-malts-2/ – what we failed to say or indeed notice, was that this particular outing is a split happening between Terry Malts and Kids on a Crime Spree, basically the review is the same just substitute KoaCS for TM – phew – think we managed to sneak that one in before anyone noticed eh? Anyhow two tracks apiece, the other Kids on a Crime Spree sortie incidentally, being the rather wonderfully addictive ‘the saddest time of the year’ whose quickly drilled strutting impatience prods and pokes at the heart heavy sweetheart sitting in the corner mournfully reflecting. A Christmas song no less, is it really that time of the year already with the marooned and distressed  50’s styled teen angst opines and abrupt stricken strums sounding to these ears like a youthful Ariel Pink in cahoots with Another Sunny Day. Terry Malts on the other hand stumps up two devilish nuggets in the shape of ‘cheap mimicry’ and ‘off my back’ – the former a surging power pop gem replete with acutely dayglo’d spikey fringes which the label folk merrily cite a definite Buzzcocks vibe being afoot throughout, which yea I can see, but I’m more minded to point you in the direction of Robert Lloyd. The ridiculously infectious ‘off the back’ on the other hand is punch you out pure punked pop that pogoes out of the grooves whilst adorned in its finest Ramones finery. https://emotional-response-recs.bandcamp.com/album/our-love 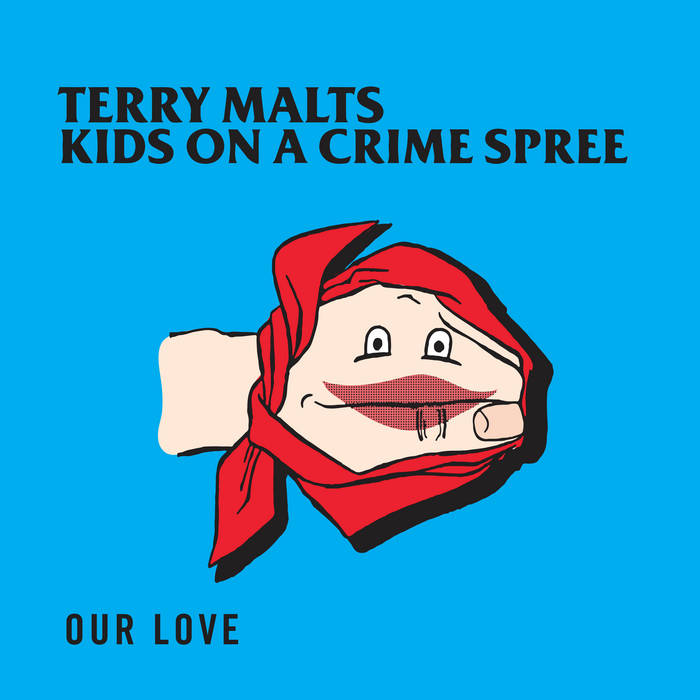 This entry was posted in groovy bastards..., Uncategorized and tagged emotional response, kids on a crime spree, terry malts. Bookmark the permalink.