Posted on October 2, 2017 by marklosingtoday

Been a while since we featured anything from Arte Tetra imprint, between you and me, I strongly suspect they’ve fallen out with us. But casting an eye over the cassette store day release roster, we noted that the label are sending forth a brace of tape releases of their own, one of which by the much-admired Shit&Shine, which while we were trying hopelessly to grab sound links for we stumbled instead across this. Now long-time visitors to these pages meant well recall one of our earliest introductions to was a set called ‘Exotic ésotérique Volume 1’. Well it now seems that the label have deemed it high time to revisit the concept for ‘Volume 2’. Set across two extended mosaics, at forty-nine minutes apiece and time being a scarce resource around these here parts, we’ve opted for an earful of the b-side or as its titled the ‘esoterik’ half of the equation. Sub divided into several suites, the artists involved at present something of a mystery, this mix session if you like, encapsulates the various shapeshifting sonic tongues and personas inhabiting the Arte Tetra universe, the opening phase a beautified forlorn leviathan flittering about the cosmic oceans that soon mutates ever darker into glooming terrains chilled in a magisterial stateliness which had us here recalling the work of Soriah via the much missed of late  Beta Lactam Ring imprint. Matters soon lighten with a splash of astral inclining at the arrival of the slow burn thrust of a solar flamed dronal recital whose passing is replaced by the delicate spray of some alluringly reclining lazy eyed prairie blues which ought to appeal to those much admiring of the work of Gavin Baker. Things start getting a whole lot waggish at this point making it hard to tell where one track ends and another starts, case in point being what pursues at this stage, some broken and twisted subtronic binary hiccupping, all chipped beats, sonic defrags and the kind of impishness that brings memories of those tigerbeat releases from many years flooding back all quickly frying at pace into something that sounds like a mutant mix of Autechre / Wagon Christ species being sonically condensed by some clearly bonged out sonic alchemist under the watchful eye of a youthful ‘split’ series Fat Cat. Up next a little nocturnal soul funk which in truth sounds as though its suffered a tad with the tapes being left to melt and warp in sun, something I guess for those Gary Wilson loving folk among you. Then it’s off for a spot of hauntology, sorry no, tropical lounge, hang on, sun stroked woozy psyche, oh hell I give up, look its dreamy and a tad weird ear, oodles of chorus voices and bliss dissolves. Even stranger and decidedly more entrancing are the siren calls emerging from the sepia fog of the next sequence, delightfully disturbing in a passing through the veil type way, okay you might be right, creepy it is and spooky with it. Into the final nine minutes and I’d like to say the return home phase but judging by the way everything is going very floaty, celestial and somewhat trippy, I’d suggest refraining from trying to make contact back home and instead start searching for a cosmic post box to mail your postcards warning while you’re there that this might take longer than you first envisaged given it seems for all the world that you’re exiting it, reality and everything, the last bit going very Bearsuit records peculiar. https://artetetra.bandcamp.com/album/exotic-sot-rique-vol-2 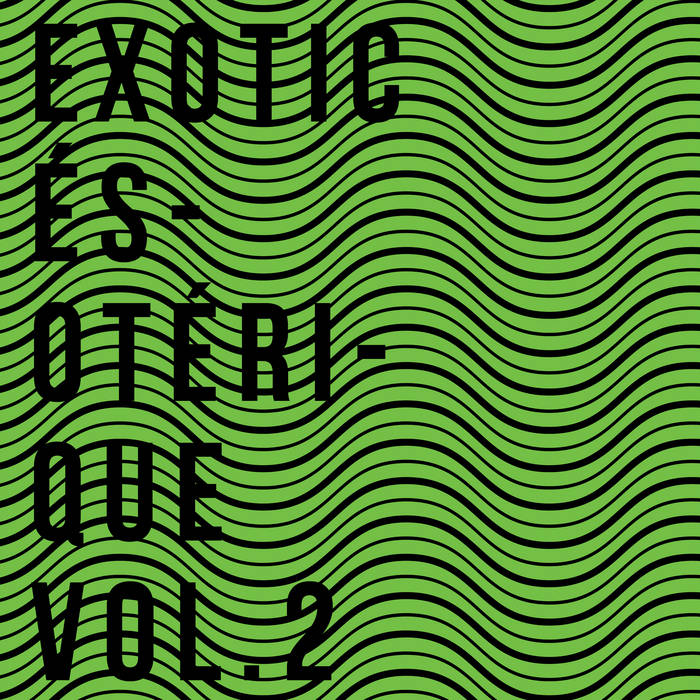