Posted on October 10, 2017 by marklosingtoday

I do wish folk who we love would stop sneaking out releases without telling us, makes us all a tad miserable. Inadvertently caught sight of this on the North Wales Sound Art Society band camp page, the reason for us being there was the result of receiving an email from them alerting us to a damn dinky and dandy looking fanzine they’ve just put out called ‘Dukes of Scuba’ which we will be mentioning in slightly more detail a little later, I say more detail, we might have to expand massively on the one sentence fanfare they paraded in front of us by means of a nudge. Of course we are only teasing. Laters for that though. For now, Pulco we’ve discovered sneaked out this here ‘Gargoyle’ EP. We’ll leave the man himself to explain the background to the EP ‘…..the tracks for this EP were hastily recorded in one take back in early 2017. I’d been listening to Blurt on heavy rotation and this was my response. It was one of those moments when you just have to hit record and make some noise’. Indeed. Now I must admit to having a considerable amount of affection for his stuff when he just cuts loose and gets a tad fractured and wiry as is the case here. Four tracks feature within, the set opening to the delightfully fried and skewingly melodic ‘at the racetrack’ which for fans of Guided by Voices and perhaps Southall Riot to a little lesser extent, we suggest gluing your ears upon. Elsewhere there’s the scuffed swing of ‘chip shop blues’ to contend with, quite frankly a pure distilling of Captain Beefheart extract, totally off the wall and well barking, frazzled and goofy, very early Fall like at times. ‘feral foods’ and ‘toof’ round matters out to the end groove, the former menacingly stilled in an awkwardly coiling austere lo-fi’d chill while the latter, the shortest cut here and perhaps all said, our favourite moment of the set is a taughtly tense serving of delightfully detuned and damaged n’ wiry math contortionism that seesaws waywardly upon a spikily threadbare palette of crooked Van Vliet non- pop. https://nwsas.bandcamp.com/album/gargoyle-ep 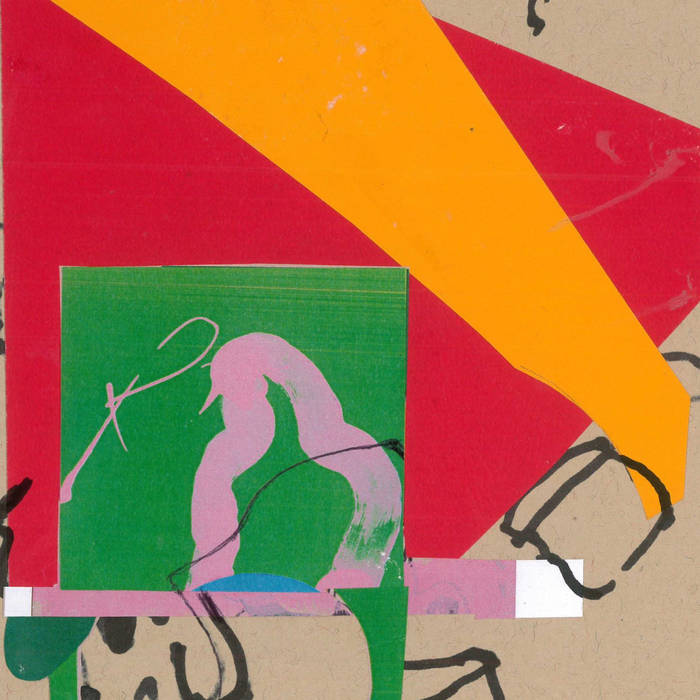