Posted on October 13, 2017 by marklosingtoday

A Walrus-ian magic parade greets the entrance fanfare of the latest Active Listener sampler with the rather squiffily trip-a-delic lysergic oompah of Radiophonic Tuckshop’s kaleidoscopic dreamcoat ‘Kensington garden pie’, very Murmurs of Irma like cross tweaked with the Dukes of Stratosfear and healthy dose of the Luck of the Eden Hall all indelibly cut in the finest tapestries of thee olde English eccentrica. Indeed, I can scarcely believe it myself, a new sampler, this one is called ‘the new and improved active sampler’, not that I could see any wrong in previous incarnations. A 18 strong gathering of woozy psych, acid folk and all manner of head tripping strangeness from across the globe, we will be coming back to this again at intervals in order to give it maximum coverage. For now, though a smattering of teasers, first five tracks then. We here finding ourselves somewhat lulled beneath the magical spell of Lake Ruth’s utterly beguiling ‘The Great Selkie’ a vintage sun dazed pastoral weaved of Magnet bouquets all softly stirred in crystalline Byrds-ian chimes which by these ears evoke an imagining of a midway place sitting somewhere Clock Strikes 13, the Ladybug Transistor and Camera Obscura. ‘heron pool’ courtesy of Jonathon Heron from a remarkable collection of songs called ‘skylark’ which we really must go back to for a fuller listen, was mentioned briefly over at https://marklosingtoday.wordpress.com/2017/09/24/jonathon-heron/ – all I’ll say is that this should appeal to all who’ve found themselves much smitten by Scott William Urquhart, the Owl Service and the Freed Unit. I think I’m right in saying that the Greek Theatre have yet to feature in these pages, judging by the love pouring forth upon ‘just a little drop of rain’ I’d say we’ll be revisiting these folk again very shortly. This particular cut is teased with the same kind of lazy eyed mellowness that attracted us to the Snails, to a dizzy lollop a wheezing carnival troops into sight bringing with it a flavouring of misty folk seasoned in softly woven psychedelic petals, something we here are assuming that should be of interest to those much loving l’augmentation, dollboy and tunng. Last up for this brief ramble, ‘voodoo skull’ by the Village which unless our ears do deceive a tad, appears under the influence the mighty Nick Saloman nee Bevis Frond he himself strangely channelling Robyn Hitchcock and a certain Stan Ridgway, an impish cut that insidiously works its way beneath your skin courting a vintage early 70’s flashing and a rather nifty woozy psych blues detailing. https://theactivelistener.bandcamp.com/album/the-new-improved-active-listener-sampler 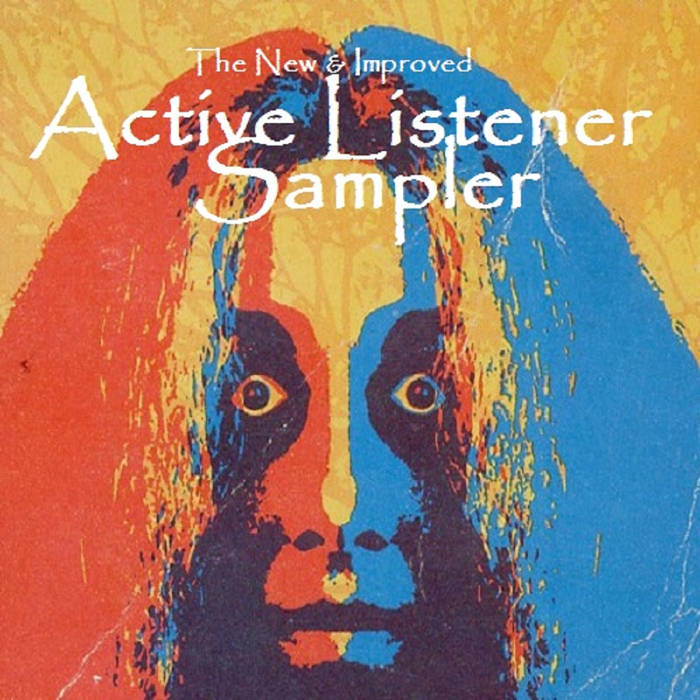