Posted on October 17, 2017 by marklosingtoday

Many thanks to Andrea of Boring Machines for sending over finished copies of the labels latest release, a limited 3 track one sided 12-inch EP from trio WK569 entitled ‘omaggio a Marino Zuccheri’. Now we mentioned this in earlier dispatches at https://marklosingtoday.wordpress.com/2017/10/07/wk569/ – an immense set paying respects to the undiscovered and under-appreciated talent of Marino Zuccheri,  an early pioneer in electronic sound mediums. What sets this release aside from other abstract electronic experimentations of a similar ilk is its awareness of melody, harmony and conversation. While others delving into similar terrains hitherto ape their subjects in crafting sounds that fall between the out there, the abstract and the harsh of tone, WK569 instead apply their studiously vintage colouring to creating wonderfully symmetrical sonic algorithms that chuckle and chirp playfully in the somewhere else. Indelibly attuned with a retro phrasing, upon hearing the set, rather than the previously gleaned teaser sample, we are now of the opinion that our previous assessment that cited both Stockhausen and Pierre Henry as reference markers, whilst still valid and in play, might after all be a little touch off the mark. Sure enough there are moments here whereupon a recalling of say, tristram cary and classic era BBC Radiophonica – though more Daphne Oram as opposed to Delia Derbyshire, are hinted through the grooves, the warmth and vitality of the musicality over the expected remote atonal phrasings, points towards the craft of both Louis and Bebe Barron (‘forbidden planet’ is without question, a source of inspiration) and Tom Dissevelt and Kid Baltan with perhaps a smidgeon of the gloopy affection applied to record by Raymond Scott. As said previously, three tracks sit within, ’01’, ‘10’ and ‘11’ – listened together in one sitting they provide a stark and seamless dialogue of old school electronische in its purest form, almost operatic in effect and very clever with it, the individual analogue voices engaged in delirious diode exchanges cooled in a chamber like toning. ‘10’, the sparsest moment here, courts with a distant Mount Vernon Arts Lab vibe that very much taps into their landmark ‘the Séance at Hobs Lane’ set whilst similarly steeled in the alien landscapes sonically backdropped by the BBC Radiophonic Workshop on classic Dr Who adventures of the 60’s. of course the influence of Sonic Boom in his EAR guise is never far. That said, those of you who subscribed to the recent CHXFX release via Castles in Space, might be minded to seek out the subterranic parting shot ‘11’, a positive hive of activity and life, trippily weaved into a wonderfully engaging and intricate palette of co-habiting synthetic flora / lifeforms. https://boringmachines.bandcamp.com/album/wk569-omaggio-a-marino-zuccheri 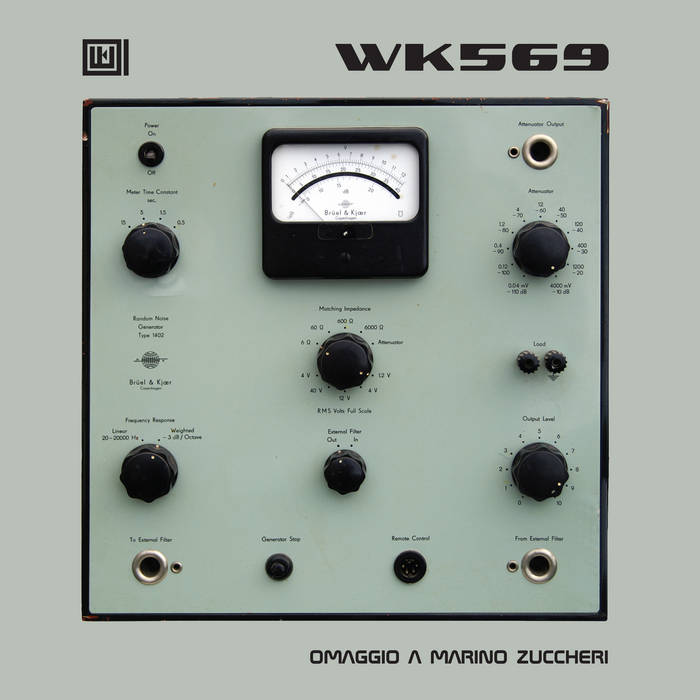 This entry was posted in groovy bastards..., Uncategorized and tagged boring machines, wk569. Bookmark the permalink.