Posted on October 29, 2017 by marklosingtoday

Another killer compilation I’m afraid, this be ‘Halloween Garage blues’ which frankly just does and delivers what it says on the tin lid, twenty-two bad assed nuggets from the shadowy underside of pop that features a host of familiar names such as Iggy, Arthur Brown, MC5 and the Pink Fairies. It’s the latter mentioned we stray the curious ear upon for ‘lone wolf’ is dirty, damaged and delinquent, a punch you out slab of abrasive rock a hula. Somewhere else the Coffin Daggers serve up the kookily terror twanged ‘kreepy krawl’ into the bargain gouging hints of the Cramps relocated to 1313 Mockingbird Lane. Typically cool the Fuzztones spike the grooves with the cut loose rabid and wanton ‘bad news travels fast’ while for those of you preferring your sounds smoked in oodles of classically vintage blues might well do yourselves a favour to check in at ‘hank the ripper’ by Harvey Mandel, quite damn dandy if you ask me. New York Doll-er Sylvain Sylvain cuts up slick sleazy shadows with the ‘rocket into outer space’ – seriously wasted stuff, though all said our personal faves of the set are the panic attacking seductive strut swings howling through ‘she’s cast a spell on me’ by Eric Gates and Geno, very classic era Gene Vincent and the Blue Caps and Mike Pinara’s darkly weaved deathly dragster growled ‘wolfman vs. Aztec mummy’. https://halloweengarageblues.bandcamp.com/album/halloween-garage-blues 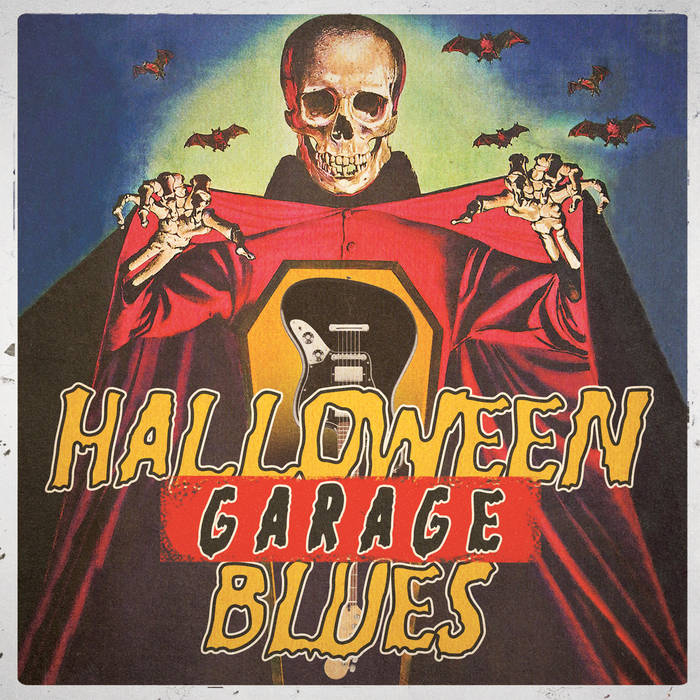