Posted on November 5, 2017 by marklosingtoday

Sincerest of apologies to Luca Collivasone who sent over copies of his latest aural adventure, admittedly a while back now, turntable teething issues partly being blamed for the thus far lack of coverage along with our own inept absent mindedness to get to it earlier. Now for regular visitors to these pages, the name Mr Collivasone might well indeed strike a distant bell, for at least two of his previous releases as Doc Luden Looksharp and Cranio where featured, loved and dispatched with fond words in earlier missives. This time, as part of a trio, he heads up a curiously off kilter combo going by the name L♥XP⥌⥌ – which to us mere mortals roughly translates as Lovexpress who’ve just put out a new full length, incidentally pressed on blue wax, called ‘Stars’ for the Furry Heart imprint of Italy. Agreeably skedaddled, not so much in a fried and freaky way as his previous two incarnations (Cranio a misfitting post punk sponge that provided that year with one of its finest releases, Doc Luc Sharp – a more insular manifestation that peered through the apertures of outsider pop fusing elements of glitch, dub and industrial) but rather more for the fact that this gathering is straight ahead and instantly more accessible in terms of sound, style and technique. That said with Mr Collivasone in attendance, both yours, ours and his idea of straight ahead might well vary quite vastly in description, appreciation and appearance. Listened to in one sitting, ‘Stars’ sounds oddly, yet satisfyingly, out of time, fashion and currency, a strangely mutant affair that has the sense and wherewithal of something that’s been dropkicked out of 1980. At once clever and impish, it trains its sonic eyeline on the vibrant anything goes fluidity of punk’s fallout period, stirring into its genre hopping brew a sonic concoction drawn from a peculiarly crooked pop palette that waywardly appears to absorb and retune everything it touches and hears – art wave, new wave, no wave, post wave, minimalist funk etc….. Still scratching your heads, well maybe a short description from the trio might help .. ‘pop culture meets industrial, noise, psychedelia, shitty jazz, improv ….’ In truth I’m seriously of the mind that they are underplaying their collective craft, no more so is this in perfect evidence than on opener ‘enfant plastic’ which across its 8.27 duration starts and finishes from and at the same point, yet between those two book ends goes off for a wander via a series of cul de sacs, dead ends and a brief moment of dreamily noodling oddness all the time constantly morphing anew touching at various junctures Devo, Wire, Yello and strangely enough Henry Cow, I kid you not. Parting track ‘yes sir’ I think I might be right in saying rewires, blanches and skews Baccara’s 70’s global pop juggernaut ‘yes sir I can boogie’ into a shapeshifting after dark anti-anthem whose austere sheening and head tripping funk floatiness, not to mention, wiry electronic daubing channels elements of Simple Kid a la ‘the road’ and Clinic albeit as though jettisoned back several decades and found sporting their wares on a newly fledging Some Bizarre imprint. Both title track ‘Stars’ and the pursuing ‘puncture’ on the other hand mooch and feed in the shadowy terrains muddying the fault lines between Throbbing Gristle and Psychic TV, the former additionally spiked with some seriously smoky eastern-esque riffola that much recalls the superior flip side of Bowie’s ‘the lodger’ album with the latter employed of the same tropes though freefalling more into a pre ‘Godstar’ PTV back catalogue replete with niftily edgy fret work a la Fripp via ‘scary monsters…’ All said, we must admit something of a soft spot for the seizure inducing skittish sore thumb ‘king kong’ which initially I was minded to cite Atari Teenage Riot and Locust as close relatives, but then again, its strange mutant funkiness distantly owes its dues to Herbie Hancock’s ‘future shock’ though here as though radically rephrased and fractured by a gathering of Basement Jaxx and Battles types. https://furryheartrecords.bandcamp.com/album/stars 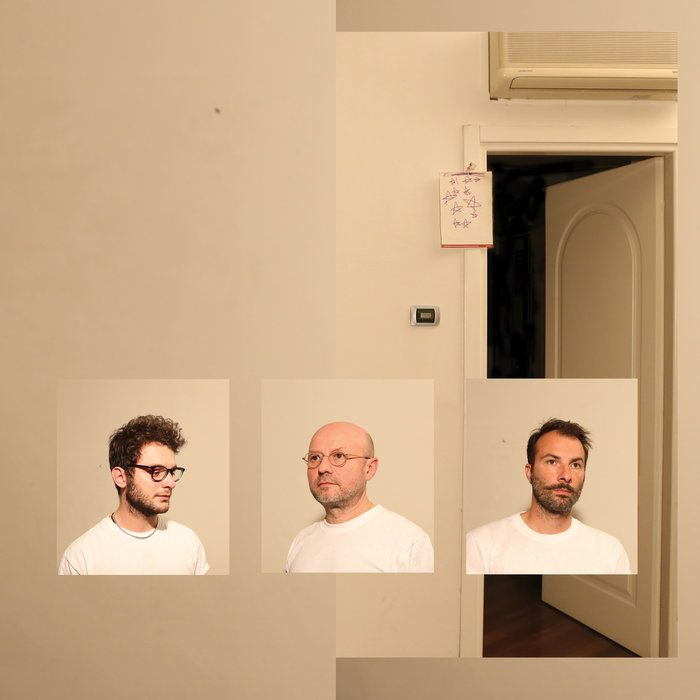 This entry was posted in groovy bastards..., Uncategorized and tagged furry heart, L♥XP⥌⥌. Bookmark the permalink.